Legends of the Hidden Temple Wiki
Register
Don't have an account?
Sign In
Advertisement
in: Episodes, Season 1, Layout IX,
and 15 more

Lawrence of Arabia's Headdress is the 37th episode of Legends of the Hidden Temple. It was the first to air despite being one of the last Season 1 episodes taped.

Long ago, an Englishman went to Egypt to study archaeology. That quiet student of lost civilizations eventually became the great war hero Lawrence of Arabia. During World War I, he dressed up like an Arab and fought behind enemy lines. Legend has it, though, that dressing up like an Arab wasn't all his idea. One day, he and Hassid, his faithful Arab servant, saddled up their camels for a day trip to a nearby oasis. Halfway there, a sudden sandstorm came up, and they lost their way. When the dust settled, they were face-to-face with enemy troops.

He whipped out a tablecloth from his saddle pack and threw it over Lawrence's head like a traditional Arab headdress.

"Keep your head down and nod a lot."

The soldiers didn't suspect a thing and let them go. Lawrence loved his new headgear so much that he wore it for the rest of the war.

The Red Jaguars are 14-year-old Angel, who plays the trumpet in a band (his favorite song to play being "Yesterday" by the Beatles), and 12-year-old Brittany who dances jazz, tap, and ballet. The Green Monkeys are 13-year-old David, who plays soccer, and 14-year-old Candice, who writes plays.

Eye on the Nile (Obelisk)

When Kirk said "go," Angel and David had to start at the base, grab the thread, climb to the eye of the needle, drop it, climb back down, thread it through the eye on the floor, and repeat the process. The first player to thread both eyes or the player furthest along in 60 seconds won. Both players managed to thread the bottom eye once, but David threaded the top eye again at the last second, awarding him a half pendant of life.

Crossing enemy lines when you are wearing a turban can be tough, especially when you have to tunnel under them. When Kirk said "go," Brittany and Candice had to burrow through the dragon tunnels as quickly as they can, and grab the turban tail at the other side, put it on their heads, and come back through the tunnel. Unfortunately, the turban has a long tail, so when either player returns to their starting side, she had to keep pulling their turban tail behind them. The first player to pull their turban all the way through the tunnel or the player furthest along in 60 seconds won. Candice managed to pull her turban tail all the way out with 14 seconds of spare time, awarding her a half pendant of life.

Lawrence of Arabia originally came to Egypt to study the pyramids. Here, both teams had to reconstruct an ancient Egyptian pyramid. At the base of each pyramid were three huge blocks. The first player from each team had to sit with the block behind him/her, and when Kirk said "go," use their legs and push themselves up to the top of the pyramid then slide back down, touch their partner, signaling their turn to do the same. The first team with all three blocks at the top or the team furthest along in 60 seconds won. Neither team got all three of their blocks at the top, but the Green Monkeys managed to get two blocks at the top while the Red Jaguars had one, sending the Green Monkeys to the temple with two full pendants.

Candice started by going into the Cave of Sighs and instantly met a Temple Guard. However, as the team had won both pendants of life, she went on up into the Room of the Royal Gongs and then across the Troubled Bridge and then up into the Observatory. She then climbed down into the Room of the Fallen Columns where Temple Guard took her out. David followed her path all the way to the Treasury of Golden Orbs and gave the third Temple Guard his pendant. He then headed into the Shrine of the Silver Monkey with 1:03 remaining. After picking up all three pieces and assembling it in 16 seconds he, instead of entering the Well, entered the Tomb of the Ancient Kings (Which was a quicker route to the Holes of Python). He then grabbed the headdress with only 27 seconds remaining he headed through the Throne Room, Wheel Room and the Cave of Sighs as well as passing through two wall climbs (The first being from the Holes of Python to the Throne Room and the second one being from the Wheel Room to the Cave of Sighs) He made it to the Cave of Sighs with only five seconds. When he left the Cave of Sighs, there was only three seconds remaining and he then ran through the gate with one second remaining (The clock went down to zero shortly after.) 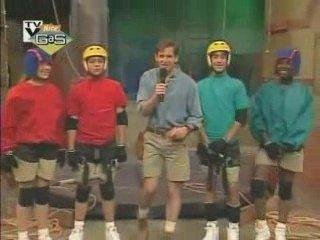 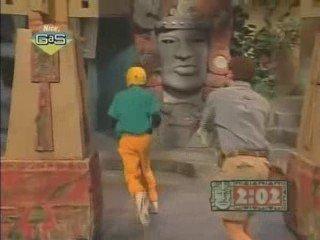