Start a Wiki
Robin Hood and Maid Marian's Silk Ladder is the 36th episode of Legends of the Hidden Temple. It was the 24th episode to air.

Deep in the Sherwood Forest, a famous outlaw lived with his band of "Merry Men". His name was Robin Hood. Some say they were "Merry Men", because they didn't work. Others say it was because they wore green tights. But everyone was merry, until the Sheriff of Nottingham decided to force Maid Marian to marry him. Robin Hood, Maid Marian's boyfriend, was very upset by this. So, he sneaked into Nottingham to rescue her. Preparations for the marriage had already begun. Maid Marian screamed and cried and stamped her feet. Finally, she locked herself in her tower room, where she convinced her friend, the seamstress, to make an escape ladder with the silk that was supposed to be used for her wedding dress. That night, Marian lowered the ladder from her tower window and escaped into the waiting arms of Robin Hood. Off they went to Sherwood Forest, where they lived happily ever after. The ladder, on the other hand, ended up in the temple.

The Silver Snakes are 12-year-old Erica, who collects pencils (has over 200; never sharpens them; her favorite has a massive eraser), and Jeremy (also 12 years old), who collects sports cards (favorite is Dan Marino rookie; has over 10,000). The Purple Parrots are 11-year-old Nicole, who collects glass figurines (has over 50; favorite is one shaped like a teddy bear; broke an expensive one), and Dustin (also 11 years old), who rides motorcycles (has a PW-80 Suzuki; rides it in the dirt; says he looks like a dork with a massive helmet on while riding it).

Robin Hood robbed from the rich and gave to the poor. While the crew did not want to promote anything illegal, they thought they would like to reenact the event. There were two rich people at the front and two poor people at the back. When Kirk gave the signal, Jeremy and Nicole each had to crawl to their rich person, grab a bag of gold, and move it to the poor side and repeat the process. The first player to move four bags of gold to the poor side or the team with the most bags of gold on the poor side at the end of 60 seconds won. Both players had one bag of gold, awarding them a half pendant each.

They say Robin Hood was such a skilled archer that he could hit any target while swinging on a vine. The crew decided they would like to test their own version of airborne archery. Before each team was a chute with a slide with a bulls-eye at the end. One player from each team with an arrow on their head and slide down the chute along the ramp and then throw the arrow through the bulls-eye. Their partner will then repeat the process. The team with the most bulls-eyes in 60 seconds won. The Silver Snakes won the game after scoring eight bulls-eyes over the Purple Parrots' seven, awarding the Silver Snakes a full pendant and sending them to Olmec's Temple with two full pendants.

Erica started by heading up into the Room of the Royal Gongs. She tries all three, one of which works and takes her down into the Cave of Sighs. Once there, she opens up the crawl tube and climbs down into the Wheel Room. She quickly turns the wheel and reveals the door to the Throne Room. The first Temple Guard emerges right when she sits on the throne. After she gave him her pendant, she climbs up into the Heart Room where the second Temple Guard emerges. Jeremy follows Erica's path and did not know which way to go from the Throne Room until Kirk tells him to go up into the Heart Room. Once there, he knew which way to go and opens the Treasure Room. The Shrine of the Silver Monkey opens from that room. Jeremy grabs the silk ladder, runs back through the Treasure Room, up through the Observatory, across the Troubled Bridge, through the Room of the Royal Gongs, and out with 33 seconds to spare. 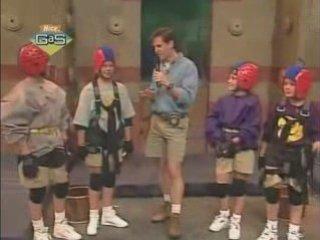 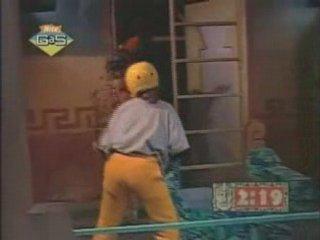 Retrieved from "https://legends.fandom.com/wiki/Robin_Hood_and_Maid_Marian%27s_Silk_Ladder?oldid=29439"
Community content is available under CC-BY-SA unless otherwise noted.