Start a Wiki
The Applewood Amulet of Emiliano Zapata is the 54th episode of Legends of the Hidden Temple. It was the 47th episode to air.

One at a time, each contestant must hang from the rod from their hands and feet to shinny across the moat. The judges ruled that the Silver Snakes was sent back by mistake (the female member had just made it to the far end of the Moat, and was about to climb onto the deck, only to get sent back by their spotter, because her feet landed in the water as she tried to pull herself onto the deck), thus replacing the Blue Barracudas.

Of the many leaders of the Mexican Revolution, the greatest of all was Emiliano Zapata, sometimes called the "George Washington of Mexico." In the 1890s, when Zapata was a boy, a wealthy land owner came with his men and fenced off the village's orchard.

"But señor," said Zapata's father in tears, "without our orchard, we will starve!"

Twenty years later, he went out into the fields with eighty armed men. Zapata said: "Landlord, this land belongs to our village. From now on, the people of our village will farm it."

Legend has it he cut a branch from an apple tree and whittled an amulet.

"I swear on the soul of my father: I will not put this down until all of Méjico is free!"

People from all over Mexico flocked to Zapata's side, and he helped build a new Mexican republic. When he died, the amulet disappeared.

The Purple Parrots are Jason and Simone. The Green Monkeys are Olivia-Emma and Robert.

Emiliano Zapata's battle cry was "¡Tierra y Libertad!" (which translates to "Land and Liberty!"; or in this case, "Land and Freedom!"). Before Simone and Olivia-Emma were two boards, one with the word Tierra and the other with Libertad. When Kirk gave the signal, they had to run to the first board, grab the first piece of the word, and place it on the other board. Then, they had to run back and do it again. They also had to do the same with the next board. The player to completely spell out Zapata's battle cry or the player furthest along in 60 seconds won. Olivia-Emma completely spelled out "Tierra y Libertad" with 16 seconds of spare time, awarding her a half pendant of life. Simone only managed to spell out half of the battle cry.

Because of Emiliano Zapata, church bells all across Mexico rang with the sounds of freedom. When Kirk gave the signal, Jason and Robert had to find the bricks that created a hand- or foot-hold and pull themselves up the wall. Once at the top, they then had to grab the clapper and ring the church bell to ride back down. The player to land or the player furthest along in 60 seconds won. Jason made it back down with the clapper with 13 seconds of spare time, awarding him a half pendant of life.

Zapata was a skilled horseman who led his troops into battle on horseback. Here, the teams had to remain on their horse as long as possible. Both players on each team were mounted on a mechanical horse, having to hold on tight as it started to spin when Kirk gave the signal. The team with more players on their horse in 60 seconds won. All four players stayed on when 60 seconds ended (they apparently had a very tight grip and were afraid to fall off), awarding them a full pendant each, leading to a tie.

Olmec: "Is the capital of Mexico: Cancun--?" Olivia-Emma correctly answered "Mexico City", sending her and Robert to Olmec's Temple in search of the applewood amulet.

The Temple configuration in this particular episode was very simplistic—in fact, it was the easiest in all of Season 2. Nevertheless, the Green Monkeys made it exciting. Robert, who Kirk referred to as an "international intrigue spy," chose the Ledges as his starting point and moved quickly. He went through the Pit of Despair rather fast as well; the Throne Room was not open, so he instead had to climb up into Medusa's Lair, where he met Temple Guard #1. Like many players, Robert had a little difficulty with the room objective (finding the holes in which to insert the two snakes into Medusa's head), but completed it in about twenty seconds and moved on into the King's Storeroom. However, just after he smashed the first pot, the second Temple Guard seized and removed Robert with a little under two minutes to go. Adventurous Olivia-Emma was not quite as fast-moving as Robert, but it was her medium pace and great concept of the show that helped create an exciting Temple Run. On her way to the King's Storeroom, she passed up the half-Pendant on the Medusa's Lair actuator in the Pit of Despair, but she made it to where Robert left off in thirty seconds and got to work immediately. She had a dose of bad luck in the King's Storeroom when it was the third pot that contained the key and the third keyhole that opened the door, but she entered the Shrine of the Silver Monkey with a minute on the clock and absolutely blazed putting the statue together (fifteen seconds!). Olivia-Emma entered the Viper's Nest with 42 seconds remaining, but she had a little trouble finding the Applewood Amulet in the room. When she picked it up with only 37 seconds were left, she promptly took off. After the King's Storeroom, she went up into the Observatory and then climbed down into Medusa's Lair, but otherwise she precisely retraced her footsteps back out of the Temple. Tension grew with every room, however, and by the time Olivia-Emma left the Pit for the Ledges, less than fifteen seconds were still on the clock. She squeezed her way back through to get over to the entrance slide; the camera switched to a wide angle as the last seconds appeared on the screen, and Olivia-Emma finally jumped down on the other side of Olmec a split second before the clock read "0:00." 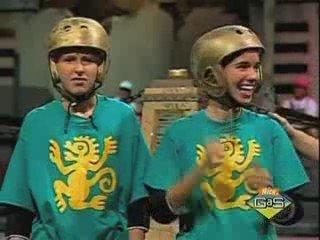 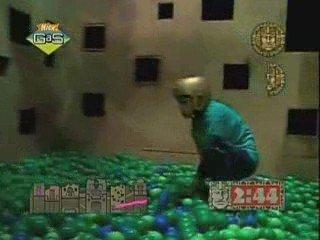 Retrieved from "https://legends.fandom.com/wiki/The_Applewood_Amulet_of_Emiliano_Zapata?oldid=29498"
Community content is available under CC-BY-SA unless otherwise noted.