Start a Wiki
The Bifocal Monocle of One-Eyed Jack is the 81st episode of Legends of the Hidden Temple. It was the 105th episode to be aired.

In this Moat Crossing, players had to walk across these swinging platforms at the same time, and teams all did very well. The Blue Barracudas, Orange Iguanas, Red Jaguars and Green Monkeys were the first four teams to hit their gongs, doing so within seconds of each other. The other teams were not very far behind, either.

One of the fiercest, meanest pirates of them all was Bluebeard. A retired British army officer, in 1717, he turned pirate and became famous all along the coast of America for sacking and burning ships, but his most dreadful invention of all was making folks walk the plank. Eventually the navy captured Bluebeard and sentenced him to hang. Legend has it that one night, a strange-looking woman appeared at the jail.

"Yoo-hoo, Mr. Jailer! I'm Bluebeard's sister, and I want to pay him a visit!"

The "woman" wasn't a woman at all, but One-Eyed Jack, Bluebeard's toothless and bloodthirsty first mate.

"What took ya so long, ya landlubbin' varmint?"

"Quick! Let's change clothes and tomorrow I'll be back with the whole crew to rescue ye."

They swapped clothes, and Bluebeard, pretending to be his own sister, slipped out of the jail. Unfortunately, Bluebeard never returned, and One-Eyed Jack was jailed so long he grew old and had to wear a bifocal monocle. Years later, his monocle was brought to the Temple.

The Red Jaguars are Kolby, who likes football and collecting basketball cards, and Megan, who enjoys soccer and football, and wanted to be a physical therapist. The Orange Iguanas are Veronica, who plays basketball and street hockey and collects seashells, and Thomas, who enjoys rollerblading.

Experienced pirates did not only steal from the good guys; they often raided each others' loot as well. Before Megan and Veronica stood a tunneled treasure trove with a gold or silver bar at each exit. When Kirk gave the signal, each player had to crawl through the first tunnel, pop through the hole and grab the bar. If the bar was gold, she had to take it and drop it in her bin. If the bar was silver, she had to bring it to the next hole and swap it with the bar she found there. The player with four gold bars in her bin or the player with the most gold in her bin in 60 seconds won. Megan dropped her fourth gold bar with 24 seconds remaining, awarding her a half Pendant of Life. Veronica only managed collect three gold bars.

In Bluebeard's day, pirates would sail floats to an unsuspecting ship. Then, at the last second, raise their pirate flag, the Jolly Roger and attack. Before Kolby and Thomas stood a rigging leading up three spars of a ship's mast. When Kirk gave the signal, each player had to jump on the trampoline and launch himself onto the rigging. Then, he had to climb the rigging to the next spar and jump up to the next level. Once at the top, he had to raise the Jolly Roger and climb back down. The player furthest along in 60 seconds won. For whatever reason, a bugle sound played when Thomas raised the Jolly Roger flag. He made it back down with 20 seconds remaining, awarding him a half Pendant of Life. Kolby on the other hand appears to have had too much trouble hoisting himself out of the net.

Bluebeard was famous for making his captives walk the plank, while both teams (who are chained to each other) had a chance to escape. Between each player stood the wall of the brig with a hole large enough for either player on each team to pass through. When Kirk gave the signal, each team had to climb along the wall and maneuver the chain until they reach the hole and either player could pass through. The first team to escape Bluebeard's brig in 60 seconds won. Thomas passed through the hole with three seconds remaining, awarding the Orange Iguanas a full Pendant of Life, sending them to Olmec's Temple with 1½ pendants.

Starting in the Crypt, Veronica made decent time until she hit the Pit of the Pendulum. She clung onto the swinging pendulum rope as long as she could; it was clear she did not want to have to climb out of the Pit. Unfortunately, she could not work up enough momentum to make it back to the platform like another Orange Iguana would later that day, so after a few attempts to reach out for the platform, she finally slipped off the pendulum with 2:33 left (she entered the Pit with 2:47 to go). Veronica then took a very long time to climb out of the Pit; she slipped and fell off the ledge where the doors leading stage-left were located, then tried to climb up again beside the ledge after making sure the door into the Tomb of the Headless Kings was sealed shut. It took her one minute and seven seconds to leave the Pit after entering.

Veronica completed the objective in the Chamber of the Sacred Markers in fair time, putting the last marker in place seventeen seconds after she entered the room. The doors leading into the Room of the Ancient Warriors and the Tomb of the Headless Kings both opened, but Veronica ended up going left to the Room of the Ancient Warriors. Veronica FINALLY met the first Temple Guard in the third suit of armor, with only 1:02 on the clock. The door to the Shrine of the Silver Monkey did not open, and to make room for the suits of armor, the passage leading downward from the Room of the Ancient Warriors had to be removed and sealed up. Veronica looked around for several seconds in confusion before she realized she could only go backward. Instead of retreating to the Chamber, though, she took a common wrong turn and ended up in the King's Storeroom, where she was taken out immediately with 0:44.

As Kirk put it, Thomas was going to "have to make up some big-time time." He only had forty-one seconds to clean things up— really not enough to make any significant progress. The boy started off by trying to complete the Crypt objective again; he later almost got caught up in Veronica's little detour, but he stopped himself from trying to complete the Room of the Ancient Warriors objective all over again and headed back. Kirk and the cameraman both got confused and made it look as though Thomas was going up into the King's Storeroom, but instead, he went back into the Chamber of the Sacred Markers and then down into the Tomb of the Headless Kings and found the half pendant there. Time ran out right before he can get started on the room's objective, but he kept going for a few seconds before Kirk called him over. 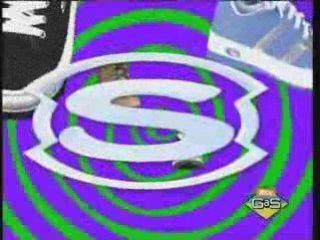 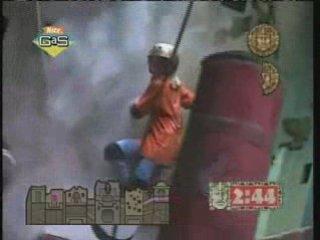 Retrieved from "https://legends.fandom.com/wiki/The_Bifocal_Monocle_of_One-Eyed_Jack?oldid=29828"
Community content is available under CC-BY-SA unless otherwise noted.