Start a Wiki
The Bone Necklace of the Blackfeet Chief is the 48th episode of Legends of the Hidden Temple. It was the 62nd episode to be aired.

In this moat crossing, both players from each team cross the water simultaneously by laying their four boards upon two parallel bars, continually adjusting them as necessary to cross the entire pool.

Two of the most famous explorers of the American West were Meriwether Lewis and William Clark. In 1804, they left St. Louis with 50 men and set out for Oregon along the Missouri River. They mapped the terrain, studied the wildlife, and endured hunger, cold, floods, and wild animals. But the real hero of the expedition was one of Clark's men, an African-American named York. One day, while Clark and his men were setting up camp, a group of Blackfeet Indians came into camp with their weapons drawn. The chief walked up to York, but York didn't even flinch. The chief had never seen a man with dark skin and thought York must be a powerful wizard. Legend has it that he gave York his own necklace as an apology for disturbing him then signaled his braves, and withdrew.

The Purple Parrots are 14-year-old Brandon, who is a video gamer (his favorite game being Mortal Kombat II), and 12-year-old Leah, who makes bracelets. The Red Jaguars are 13-year-old Holly, who has eight pets (two dogs, two cats, two rabbits, and two kangaroo rats), and 14-year-old Jay, who plays basketball.

The Native Americans of the Northwest often built totem poles with the carved faces of their gods. When Kirk gave the signal, Holly and Leah had to grab a face and climb up the totem pole. At the top, they had to place the face on one of the four sides of the cube at the top. Once a face is placed, they had to climb down and do the same with the other three masks. The player with all four masks on their cube or the team furthest along in 60 seconds won. Leah placed her last mask on the last empty side of her cube before Holly could, awarding Leah a half pendant of life.

Sailing Up the Missouri River (Boat)

Lewis and Clark began their journey by sailing up the Missouri River to explore the vast Louisiana Territory. When Kirk gave the signal, Jay and Brandon had to push their boats down to the island on the other side. There, they had to then hop out of their boats, plant the flag to claim the new territory. After that, they had to hop back in the boat, grab the rope, and pull themselves back to the dock and climb onto it. If either player touched the floor, he would have been disqualified. The player to plant the flag and make it back to the dock or the team furthest along in 60 seconds won. Brandon made it back with 37 seconds of spare time, awarding him a half pendant of life. Jay almost had it.

On their way to the Pacific Ocean, Lewis and Clark explored the places shown on the wall before each team: Missouri River, Rocky Mountains, Columbia River, Pacific Ocean. When Kirk gave the signal, the boys had to climb the wall to the first location while their partners Holly and Leah had to load a marker in their slingshots and shoot it at them. When either male player caught it, he had to place it on the location, climb to the next one, and wait for the next marker. The first team with one marker in each location or the team furthest along in 60 seconds won. Both teams failed to get to the Pacific Ocean, so they tied with three marked locations each. However, the Red Jaguars had one pendant total while the Purple Parrots had two pendants, sending the Purple Parrots to Olmec's Temple.

Leah moved at a very slow pace along the bottom floor. She stalled further in the Swamp, not only because of the Temple Guard, also because Leah could not make up her mind to go up or forward into the Dark Forest. Leah went into the Forest after discovering the door to the King's Storeroom was locked and soon met a temple spirit. Brandon quickly make it to where she left off and used the key to ascend into the Shrine of the Silver Monkey. His height allowed him to quickly assemble the monkey and grab the bone necklace. However, he did not have time to escape and time expired as he was entering the Throne Room from Medusa's Lair. 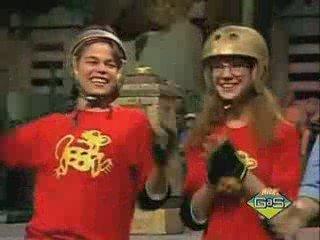 The Bone Necklace of the Blackfeet Chief Part 1 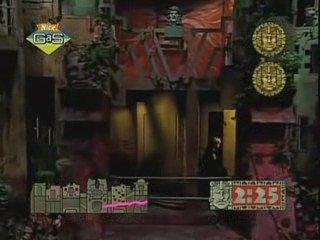 Retrieved from "https://legends.fandom.com/wiki/The_Bone_Necklace_of_the_Blackfeet_Chief?oldid=29214"
Community content is available under CC-BY-SA unless otherwise noted.