Start a Wiki
The Codebook of Mata Hari is the 34th episode of Legends of the Hidden Temple. It was the third episode to air.

One teammate was in an inner tube with a rope tied to it and had to paddle across. Once across, they had to throw the tube across to their partner, and pull them to the other side.

The most famous and most beautiful female spy of all time was Mata Hari. Just prior to World War I, she moved to Paris and became a dancer. She was very beautiful and soon she was famous throughout Europe. Soldiers and princes fell hopelessly in love with her, but she wouldn't marry any of them. When World War I began, both the French and the Germans hired her as a spy. Working for the French, her assignment was to make a German general and a German prince fall in love with her so she could get secret information about their army. Working for the Germans, she made a French officer fall in love with her and got information about his army. The French found out she was a double agent and had her arrested. Mata Hari, the greatest spy of all time, refused a blindfold and blew kisses at her firing squad. Later, the police searched everywhere for her secret codebook, but it had vanished.

The life of an international spy is not always fun; you sometimes have to get your hands dirty to go underground. When Kirk gave the signal, both teams had to grab their secret document and and wriggle themselves through the rubble-filled tunnel belly down. In the meantime, their partner had to wriggle from their side and grab the secret document from them when they meet in the middle. Then, their partner had to wriggle back to their side and dump the secrets into their baskets and repeat the process. The first team to pass all four of their secret documents through the tunnel and into the bins or the team furthest along in 60 seconds won. Both teams managed to get one secret document in their bins, but the Silver Snakes were further along at the end of 60 seconds, sending them to Olmec's Temple with 1½ pendants.

Gareth started in the Cave of Sighs at an adequate pace, but had a bit of trouble hoisting himself up the ledge. Once up on the ledge, he headed up to the crawl tube and climbed down the ladder to the Wheel Room. Without a problem, he turned the wheel and opened the door to the Throne Room where he sat on the throne and headed directly into the Holes of Python. The room may have slowed him down a bit, but he did not give up. When the Temple Guard popped out, he was not scared, he simply paid him his pendant with 2:04 left. He climbed up the ladder, but the Treasure Room denied access from the Holes of Python. He then crawled through the next two holes and opened up the Tomb of the Ancient Kings where he found the key and opened the other door to the Holes of Python, which would take him backwards. He then changed his mind and plowed through the Stone Wall into the Well where he climbed up into the Shrine of the Silver Monkey. He may have been short, but he managed to grab the base off of the shelf above the cabinet leading downward. Placing the base on the pedestal, he picked up Renette's half pendant and set it aside so the base can fit perfectly. He forgot to adjust the base until he put the middle piece on. The base was still not on right, but after he jammed the head down, he pressed the monkey in place. He then entered the Treasure Room, opening the Observatory, but another Temple Guard removed him before he could enter with 0:44 remaining. It was then Renette's chance to run through the temple. She simply followed Gareth's path, but was not as fast as he was. The timer hit zero as she landed in the Holes of Python. 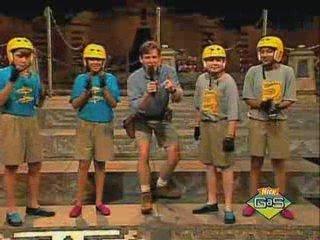 The Codebook of Mata Hari Part 1 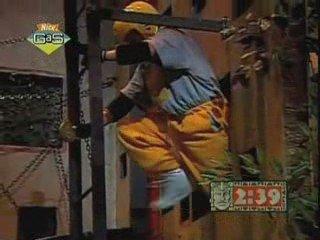 Retrieved from "https://legends.fandom.com/wiki/The_Codebook_of_Mata_Hari?oldid=28771"
Community content is available under CC-BY-SA unless otherwise noted.