Legends of the Hidden Temple Wiki
Register
Don't have an account?
Sign In
Advertisement
in: Episodes, Season 1, Layout IX,
and 16 more

The Collar of Davy Crockett

The Collar of Davy Crockett is the 38th episode of Legends of the Hidden Temple. It was the 24th episode to air.

Born on a mountaintop in Tennessee, the most famous frontiersman in America was Davy Crockett. He was nicknamed "the King of the Wild Frontier" because he could run faster, jump higher, squat lower, dive deeper, stay under longer and come up drier than any other man in the whole country. When the Texas War of Independence started, Davy went down to help out. On the way, a raccoon crossed his path. Davy hunted it for miles, but the wily raccoon knew it was being followed. It climbed through the trees and hid in the hollows. Finally, Davy closed in on the raccoon in a clearing. The raccoon turned around, faced Davy and threw his front paws in the air as if to say "I give up." Davy just didn't have the heart to shoot him, so he let him go, but legend has it that first, he made the raccoon a collar with a wooden tag that said "Davy Crockett, let me go in peace."

The Red Jaguars are 13-year-old Eric, who is a baseball pitcher who would pitch for the New York Yankees with a batting average of 400 (Kirk: "Very Ted Williams-like."), and 14-year-old Abby, who was once a gymnast. The Silver Snakes are 12-year-old Adam, who plays in chess tournaments and plans to watch Searching for Bobby Fischer, and 14-year-old Shannon, who wants to teach science and math.

When Texas fought to be free from Mexico, Davy Crockett joined up with the Alamo, where they raised the new flag of the state of Texas. Unfortunately, they lost and soon afterwards, the Alamo was waving the Mexican flag again. Here, Abby and Shannon had to raise two flags themselves. When Kirk gave the signal, they had to grab a Texas flag, stick it to their shirts, climb to the top of the obelisk, and place the flag in its holder. Then, they had to climb back down and repeat the process with a Mexican flag. The first player to raise both flags and come back down or the player furthest along in 60 seconds won. They both planted both of their flags at the top, but Abby made it down first with 25 seconds of spare time, awarding her a half pendant of life.

According to a legend, a raccoon once gave himself up when he found out he was being tracked by Davy Crockett. But other raccoons were more stubborn. When Kirk gave the signal, Eric and Adam had to burrow through the dragon tunnels as quickly as they can, grab the stuffed raccoon on the other side, and bring it back to their starting side. The first player to make it back with their raccoon or the player furthest along in 60 seconds won. Eric made it back with his raccoon with 22 seconds of spare time, awarding him a half pendant of life.

As every good woodsman knows, bears love waterfalls, because it is a good place to fish. Before each team was a ramp with three buckets on each side with water and two rubber fish in each bucket. When Kirk gave the signal, one player from each team had to climb the ramp, dump one bucket, slide back down with their fish, high five their partner, signaling him/her to do the same. The first team to pull down all three of their buckets and slide back down or the team furthest along in 60 seconds won. The Silver Snakes managed to pull down their third bucket and slide down with 19 seconds of spare time, awarding them a full pendant of life, tying with the Red Jaguars.

Kirk: "Is the nickname of Texas the Six-Flag state, the Lone Star state---?" Adam correctly answered "The Lone Star State." sending him and Shannon to Olmec's Temple in search of the collar.

Shannon was a confident player, and she had a fairly clever strategy in that she wanted to start on the lower floor, then proceed up from the Holes of Python. While that may not have worked out as she planned, she made it through the first three rooms of her path, meeting a Temple Guard in the Throne Room before she was forced to climb up into the Room of Fallen Columns instead of continue left. She moved quickly, but after being forced to scale the entire central shaft, an overzealous second Temple Guard took her out of the Observatory with 1:50 on the clock.

Adam may have been slower, but this made the run more exciting, if nothing else. He completed the Treasury of Golden Orbs objective in fairly little time, and then made it into the Shrine of the Silver Monkey and grabbed the collar with 33 seconds left. He made it back through the Temple Gates with the collar 28 seconds later. 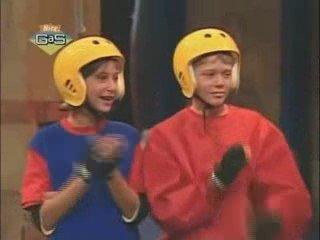 The Collar of Davy Crockett Part 1 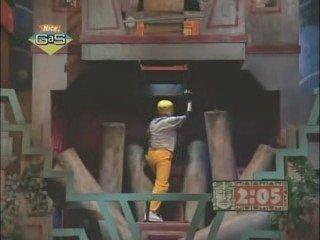 The Collar of Davy Crockett Part 2