Start a Wiki
The Comet-Embroidered Battle Flag of William the Conqueror is the 82nd episode of Legends of the Hidden Temple. It was the 83rd episode to be aired.

In this Moat Crossing, players had to walk across these swinging platforms at the same time, and teams all did very well. The Blue Barracudas, Green Monkeys, Orange Iguanas and Red Jaguars were the first four teams to hit their gongs.

One of the boldest kings of England was William the Conqueror. When King Edward died, William was heir to the throne, but his rival, Harold of Orange, made himself king. So William, who was in France, gathered an army and sailed across the English Channel to reclaim his throne. The night before the big battle, William's men watched the campfires of the enemy flickering in the distance when suddenly, an enormous comet appeared streaking across the sky. The men gasped.

For a moment it seemed the men would turn tail and run, but William stood his ground.

"That's not an evil omen. It's a good one. I am the rightful heir and that's a sign that heaven is on our side. Tomorrow, we shall ride forth and vanquish Harold of Orange."

It worked. William's fearlessness and stirring words gave his men courage. Soon they were cheering him on and the next day they defeated Harold in battle. In honor of his victory, William had the comet embroidered onto his battle flag.

The Red Jaguars are Natalie, who plays basketball and talks on the phone with her friends, and Kyle, who jet-skis and collects basketball cards. The Green Monkeys are Olivia, who rides horses and has a 120-pound pig and Jonathan, who plays tennis and water-skis.

After William the Conqueror smashed Harold of Saxon's army, he reduced all the castles of Harold's supporters to rubble and scattered the stones so they could never be rebuilt. Before Kyle and Jonathan stood the remains of an impenetrable fortress. When Kirk gave the signal, each player had to jump up, grab the net, and push the rubble up to the next level. Then, he had to climb through, go on to the next level continuing to push the rubble upwards. The player to reach the top of the fortress and throw all the rubble over the side in 60 seconds won. The same bugle sound from the previous episode played when Jonathan reached the top. He threw down both foam boulders with 26 seconds remaining, awarding him a half pendant of life.

In advance of the Battle of Hastings, William sent spies infiltrate Harold's camp. Before Natalie and Olivia stood a map of the terrain with a path through it, and a hole where Harold's men are camped. When Kirk gave the signal, each player had to climb along the wall and maneuver the chain along the slot until either player can pass through. The first player to enter Harold's camp in 60 seconds won. Olivia made it to Harold's camp with three seconds remaining, awarding her a half pendant of life.

Like the army of William the Conqueror, each team faced an army of six hostile soldiers. When Kirk gave the signal, the player on the ground had to grab a medieval boulder and throw it up to his partner. Once his partner had the boulder, she had to launch it at a soldier and then retreat to receive another boulder from her partner. The team to knock down all six enemy soldiers or the team to knock down the most enemy soldiers in 60 seconds won. Olivia knocked down her last soldier with 25 seconds remaining, awarding her a full Pendant of Life, sending her and Jonathan to Olmec's Temple with two full Pendants. The Red Jaguars were unable to win any pendants.

Olivia started in the Crypt and soon met a temple guard. She then headed into the Pit of the Pendulum, where she unnecessarily wasted time trying to climb up to unopened upper doors. Eventually she headed into the Tomb of the Headless Kings was was removed. Jonathan took over and continued on the bottom floor. He wisely used the Shrine-Bog ladder to save time. When he entered the Room of the Ancient Warriors, the first armor Jonathan opened the door and he met the final guard. However, Jonathan failed to noticed the opened door and wasted time trying the other two suits of Armor. Jonathan grabbed the flag with three seconds remaining, but the timer hit zero right when he entered the Pit of the Pendulum. 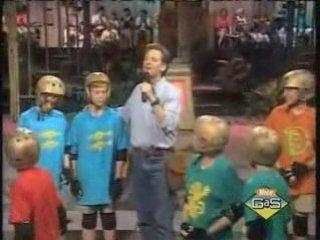 The Comet-Embroidered Battle Flag of William the Conqueror 1 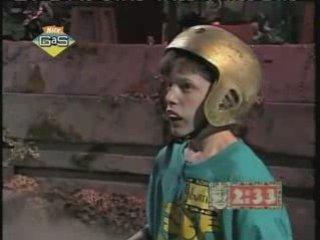 Retrieved from "https://legends.fandom.com/wiki/The_Comet-Embroidered_Battle_Flag_of_William_the_Conqueror?oldid=29833"
Community content is available under CC-BY-SA unless otherwise noted.