Legends of the Hidden Temple Wiki
Register
Don't have an account?
Sign In
Advertisement
in: Episodes, Season 2, Layout XI,
and 14 more

The Diary of Doctor Livingstone

The Diary of Doctor Livingstone is the 47th episode of Legends of the Hidden Temple. It was the 64th episode to air.

In this moat crossing, both players from each team cross the water simultaneously by laying their four boards upon two parallel bars, continually adjusting them as necessary to cross the entire pool.

The greatest journalist of the 1890s was Henry Stanley, the top reporter for the New York Herald. He was sent to Africa to find Doctor Livingstone, a famous explorer who was feared lost. Legend has it that Stanley worried over how to address Livingstone.

"Hello, Doc?" he asked himself as he boarded ship for Zanzibar. "No, that's too casual."

In Zanzibar, they said Livingstone was in Unyanyembe, and Henry set off in the middle of the rainy season.

"Doctor, how do you do?" he rehearsed as he wrung out his rain-soaked khakis. "Too stiff."

At Unyanyembe, they told him Livingstone was in Ujiji, and Henry plunged back into the jungle.

"Pleased to make your acquaintance, Doctor," he practiced as he wrestled with an attacking lion. "Too formal."

Finally, at Ujiji, he found the explorer.

"Doctor Livingstone, I presume?" he blurted out, coining a now-famous phrase.

The Blue Barracudas are Brett Davidson and Tabitha Stroshein. The Purple Parrots are Shaun and Adrianne.

The first game was the simple hole-plugging game where Tabitha and Adrianne had to guess where Doctor Livingstone was, with the five possible locations being Jerusalem, Constantinople, the Caspian Sea, "Baghdad" and Persia. Considering the luck-based nature of the game and the unnecessary canned laughter, it was a boring watch, but at least both players moved fast to get in as many opportunities to score as possible. At the end of sixty seconds, Adrianne correctly located Doctor Livingstone four times, but Tabitha found him six times, earning a half Pendant of Life for the Blue Barracudas.

The second Temple Game was pretty much like the first— not particularly worth watching. Brett and Shaun had to race to place a jewel on the hood of the spitting snake— yes, just one jewel, and this episode was the only one to feature that rule. Brett moved rapidly and made it look extremely easy, as he put the jewel on the snake with a whopping 54 seconds to spare, making the fastest Temple Game completion in the show's history. As a result, he won another half Pendant of Life for the Blue Barracudas.

The third game asked the teams to retrace Henry Stanley's steps through four locations: Suez, Zanzibar, Unyanyembe and finally Ujiji. The Blue Barracudas led from the beginning, but while trying to catch a shot from Tabitha to cover Ujiji, Brett fell and ended up knocking off the ball that was stuck to "You-yam-bee" as he tried to get back onto the board. It was ruled that they did not need to cover Unyanyembe again, but while the Blue Barracudas did not complete the game in time, the ruling would not have mattered much, as the Purple Parrots only managed to cover up to Zanzibar within the time limit. The most they could have done was tie the game, which still would have given the Blue Barracudas two full Pendants and the win. The Purple Parrots did not win any pendants.

The decision to avoid the high road worked well for the team. Tabitha started off tentatively when she entered the Crypt, but after jumping into the Pit of Despair and meeting her first Temple Guard in the Throne Room, she started to pick up the pace. She smartly tried going up from the Swamp, but that did not work, so she went into the Dark Forest, where a Temple Spirit removed her with 2:04 on the clock.

Brett followed Tabitha's path at a medium pace, and tried going up from the Dark Forest. The door did not open, so he put the key back into the tree before going on into the Mine Shaft. Brett did not try the door at the top of the ladder, but rather went directly for the elevator and up into the Viper's Nest.

Brett took a very unusual exit route after grabbing the Diary with 45 seconds remaining. He went from the King's Storeroom up into the Observatory, but then went down into Medusa's Lair before going into the Pit of Despair. From there, he crawled through the Ledges and finally made it out of the Temple with just five seconds to spare. Even though these players may not have been the best, they did both manage to win, and in the end, that was all that mattered. 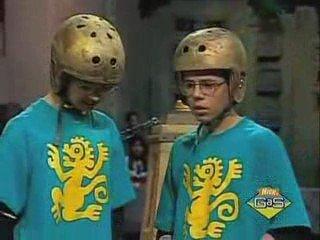 The Diary of Dr. Livingstone Part 1 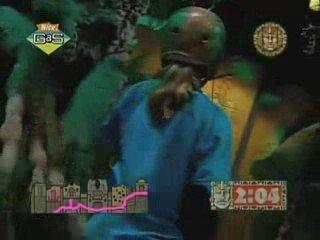 The Diary of Dr. Livingstone Part 2