Legends of the Hidden Temple Wiki
Register
Don't have an account?
Sign In
Advertisement
in: Episodes, Layout VIII, Season 1,
and 13 more

The Dragon Lady and the Blue Pearl

The Dragon Lady and the Blue Pearl is the 33rd episode of Legends of the Hidden Temple. It was the 25th episode to air.

Standing before the empress was a messenger from the Queen of England, John Smith, who said, "Empress! I come bearing gifts from our Queen."

"Foreigners are welcome in China", she said. She nodded to a minister, who stepped forward and handed Smith an enormous blue pearl and a letter to the Queen of England.

"Give this to your Queen, and go in peace."

With a wave of her hand, the Empress dismissed him. Outside, Smith put the pearl in his pocket and started on his way. Suddenly, the streets were filled with running people. The treacherous Dragon Lady had ordered the Chinese people to attack all the foreigners. The pearl eventually ended up in the Temple.

According to legend, the Dragon Lady had a giant blue pearl. Here, Robbie and Jennifer get to decorate the wall of the Forbidden City with five giant pearls. When Kirk said "go", they had to climb up and fasten their first pearl to an empty spot on the wall and then climb back down and repeat the process. The first player to attach all five pearls or the team with the most pearls on their wall won. Robbie and Jennifer tied with two pearls, awarding them a half pendant each.

The last empress of China was called the Dragon Lady, because she fiercely protected her power. Before Christine and Albert are two two-headed snake dragons that need to be made into ladies. When Kirk said "go", they had to take a wig from the starting side and place it on the other side. Then, they will grab the wig on the other side, crawl back through and place it on the starting side. The first player to make their dragon a into a lady or the player further along in 60 seconds won. Albert made his dragon a lady with 22 seconds remaining, awarding him a half pendant of life.

The Chinese invented silk and even the ancient Greeks and Romans traveled to China to buy it. It is still sold and made the same way today, wrapped in bolts. The players represent two silk bolts. When Kirk said "go", both players had to turn one player pulling the silk onto themselves with the other player unraveling it from their body. The first team to move all their silk from one player to the other and back again or the team further along in 60 seconds won. The Orange Iguanas won with 18 seconds remaining, sending them to Olmec's Temple with two full pendants.

Albert started in the Room of the Royal Gongs and stuck to the upper floor, eventually encountering his first Temple Guard in the Treasure Room. The treasure chest did not open downwards, after trying to backtrack to the Heart Room, he entered the Shrine of the Silver Monkey and started picking up the pace there. Unfortunately, no shortcuts opened, so he was forced to take the elevator down from the Room of Three Torches into the Well, then he smashed through the wall into the Tomb of Ancient Kings, where the second Temple Guard took him out with 1:05 left. Jennifer followed Albert's footprints at a quick clip, and entered the Tomb with 20 seconds left. She found the key and promptly entered the Holes of Python with a short 12 seconds on the clock. With a measly two seconds left she lunged at the blue pearl, her arm extended out in front, but unfortunately she could not quite grab the blue pearl in time. 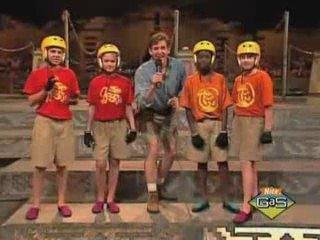 The Dragon Lady and the Blue Pearl Part 1 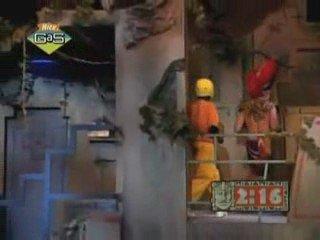 The Dragon Lady and the Blue Pearl Part 2