Start a Wiki
The Golden Earring of Henry Morgan is the 74th episode of Legends of the Hidden Temple. It was the 75th episode to be aired.

The Moat design was interesting; the players each had a stack of floating rings they could stand on as they hung from a rod and climbed hand over hand across the Moat, but they did not actually need to use the floating rings, they could go on without them and not be sent back. The Orange Iguanas, Silver Snakes, Red Jaguars, and Purple Parrots were the first four teams to make it across in that order.

The most daring, most deadly, most dreadful pirate of them all was Henry Morgan. In the 1600's, he built a navy of over 2,000 pirates and attacked the Spanish Colonies throughout the Caribbean. In 1668, Morgan and his crew attacked the town of Portobelo in Panamá. They locked up the townsfolk in the church, built a bonfire, and threw a victory party. They forced the town merchants to confess where their gold was hidden. Legend has it, the party was in full swing when out stepped the beautiful Carmen Ghia.

"Carmen, you lovely wench, dance with me."

"That can be arranged."

But just then, Carmen grabbed him by his gold pirate's earring and twisted till he fell to his knees.

"Look at the dread pirate now, quaking right down to his swashbuckle. People of Portobelo, take arms!"

The people rallied around Carmen and drove the pirates out of town. Carmen kept Morgan's earring as a souvenir.

The Orange Iguanas are Shannon and Raymond. The Silver Snakes are Ashley and Shem.

Like any good pirate, Henry Morgan buried his treasure and made a secret map of its location. Shannon and Ashley's task was to recover and reassemble the pieces of that map. When Kirk gave the signal, each player had to crawl to the first cube and grab the first piece of the map. Once she grabbed it, she had to then had to come back to her starting cube and place the piece on the proper place on her board and move on to the next cube. As they moved back and forth, they had to avoid the swinging sandbags. If either player got hit, she had to return to her starting cube and try again. The player to assemble the map completely or the player with the most map pieces on her board in 60 seconds won. Ashley grabbed her last map piece but got hit near the last second. She had 3 map pieces on her board, awarding her a half pendant of life. Shannon only managed to place 2 map pieces on her board.

In some ways, pirates were very democratic. They could elect a new captain, and after a successful raid, each member of the crew received an equal portion of the loot. Beside Raymond and Shem stood a cave with several covered cubbyholes and a giant spider web in the center. Each cubbyhole contains a sack of gold. When Kirk gave the signal, one player from each team had to scramble up the web to an opening, smash through the cover, and grab the sack of gold. Once either player grabbed a piece of gold, he then had to come back down and drop it in his bowl on the scale and then climb up again to grab some more. The higher the cubbyhole, the heavier the sack of gold inside. The player with the heaviest loot in his bowl in 60 seconds won. Shem had the heaviest loot in his bowl, awarding him a half pendant of life.

For safekeeping, the pirates buried their treasure in out-of-the-way places. Here, both teams had to recover some buried pirate treasure. When Kirk gave the signal, both teams had to push their boat off and sail down to the deserted island. There, they had to pick up the treasure chest and haul it on board. Once the treasure chest was on board, they had to grab the rope and pull themselves back to shore. If either team touched the water, they had to start back at the island. The team to bring their treasure back to the dock in 60 seconds won. The Orange Iguanas made it back with 36 seconds of spare time, awarding them a full pendant of life, leading to a tie.

Olmec: "Which of these men was another famous Pirate: Billy the Kid, Captain Kidd or Captain Kirk?" The Silver Snakes rang in first correctly answering "Captain Kidd" sending them to Olmec's temple in search of the golden earring.

Ashley went first. She was not very speedy, but seemed to have a good map of the temple in her head. In the Dark Forest, she found the key, but did not use it to ascend into the Shrine of the Silver Monkey. Instead, she bashed through the wall into the Mine Shaft only to encounter her second temple guard. Shem was one of the speediest players of all time, determined, and not afraid of running out of energy. He blazed through the rooms up to the point of his partner's departure, and then proceeded to complete the monkey with ease. After completing the objective in the King's Storeroom, he proceeded to head up into the Observatory, with less than ten seconds remaining. He quickly put together the puzzle, climbed down the ladder, and grabbed the ring just before time expired. 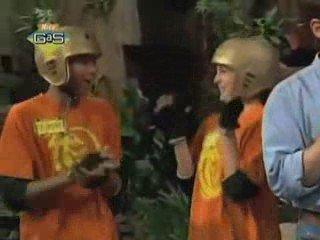 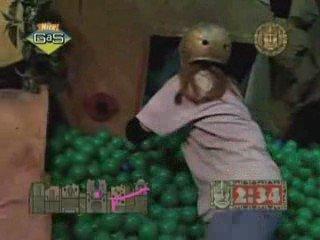 Retrieved from "https://legends.fandom.com/wiki/The_Golden_Earring_of_Henry_Morgan?oldid=29756"
Community content is available under CC-BY-SA unless otherwise noted.