Start a Wiki
The Golden Spider Web of Robert the Bruce is the 96th episode of Legends of the Hidden Temple.

Before each team was an abandoned fishing net, and beside it was an old vine. On Kirk's signal, the first player from each team swung out to the net and climbed over to jump and swim to the other side. Then, their partner would get the vine after jumping in and cross the same way.

One of the most dedicated leaders of Medieval Scotland was Robert the Bruce, who led the fight for independence from England. In 1306, he was crowned King of Scotland, but the British invaded and drove him from the throne. Twice, he tried to fight his way back, and twice, he failed. Forced to disband his troops, he fled to Ireland, where he hid alone in a pitiful peasant hut, trying to figure out what to do next.

"Okay, I'm not King anymore— I can't just hang around this pitiful peasant hut all day. I need a plan! I need a job! I need to stop talking to myself! Ach, there's no hope!"


Just then, Robert noticed a spider building its web in the corner of the hut. Twice, it tried to weave its web over the timber, and twice, it fell.


"Okay, he tried twice, just like me; if he makes it on the third try, I'm gonna gather my armies and give it another shot."


Sure enough, the spider dragged itself up again, and this time, the web held. Inspired, Robert ran from the hut, jumped on his horse, and summoned his armies. Within weeks, they invaded Scotland and drove the Englishmen out. Legend has it the grateful Robert had built a golden web for the spider.

As a result of living in that peasant hut, Robert the Bruce came to like spiders and accommodated them in his castle. Before Jeremy and Justin was Robert the Bruce's castle, with a spider crawling on each floor, and a web at the top. When Kirk gave the signal, each boy had to climb Robert the Bruce's castle, collecting spiders and placing them on the web, and whoever accomplished this task within 60 seconds would win; Justin won a half-Pendant for the Silver Snakes with 20 seconds remaining due to Jeremy attempting to take a short cut, then being forced to return and take the proper path.

The other job spiders have within the animal kingdom is to limit the insect population; before Christine and Carolina was a large spider web, with the six highest cubbyholes each containing a differently colored spider (purple, blue, red, yellow, green and orange). When Kirk gave the signal, each girl had to climb the web and find a colored spider in the cubbyholes at the top and placing them on the matching colored spots at the bottom; whoever got all 6 spiders onto their spots within 60 seconds would win. Christine won 5-4, tying the score with a half-Pendant apiece.

When the British drove Robert the Bruce from the throne, he had to escape Scotland. The teams were linked together atop the maze, and had to escape Scotland; when Kirk gave the signal, they would maneuver the chain along the slot until they both could pass through, and whoever escaped first within 60 seconds would win. The Green Monkeys won with 24 seconds remaining, awarding them 1½ pendants to the Silver Snakes' half-Pendant.

While the team could have made more progress by having the second player enter directly into the Crypt, they would still have had to pass through nine rooms before the artifact's, as the Shrine-Bog door opened, but not the Shrine-Forest one. Furthermore, the team, entering with one and a half pendants, was essentially required to nab the hidden half pendant on the left of the Pit-Storeroom passage doorway because the three temple guards were inevitable. The team itself was above-average in terms of speed, but unfortunately, that was not enough to let them succeed here. 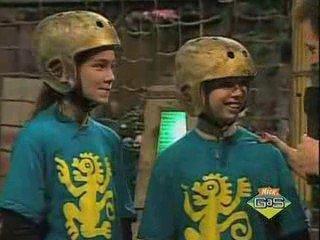 The Golden Spider Web of Robert the Bruce Part 1 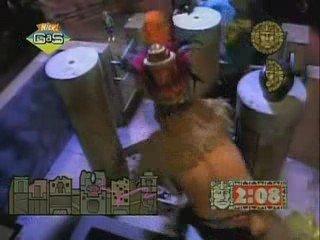 Retrieved from "https://legends.fandom.com/wiki/The_Golden_Spider_Web_of_Robert_the_Bruce?oldid=29837"
Community content is available under CC-BY-SA unless otherwise noted.