Start a Wiki
The Jewel-Encrusted Egg of the Catherine the Great is the 120th episode of Legends of the Hidden Temple, making it the final episode produced in the series' original run. It was also the 97th episode to be aired.

Each team is to swing on a vine without touching the water, grab onto the abandoned fishing net, climb over it and drop down in order to swim to the other side. Once the first member is out of the water, it is the second member's turn to do the same.

One of the greatest rulers of all time was Catherine the Great, Czarina of Russia. During her reign, she unified all of Russia and conquered Eastern Europe. A German Princess, she was brought to Russia to marry Peter, the heir to the throne of Russia, in 1745. But her new husband was cruel and did not love her. When he became the Czar, he decided to do away with Catherine.

"You must leave the court. I am sending you to your villa outside St. Petersburg."

But Catherine had many friends at court. And the Czar had many enemies who were tired of his tyrannical ways. Catherine's closest friend, Grigory Orlov, began to plot for her. One morning at dawn, A handsome Cavalry man appeared with a carriage waiting to take her to the palace.

"Everything is ready to proclaim you Empress!"

Poor Catherine was terrified. It might be just a trap to accuse her of treason. She rode the whole way in worried silence. But at the palace, Grigory Orlov was waiting.

"Czar Peter has abdicated; you are to be the Empress of Russia— long live our beloved mother Catherine!"

In gratitude, Catherine gave Orlov a jewel-encrusted golden egg, which later found its way to The Temple.

Catherine the Great bought many of the great art treasures of Europe, and encouraged artists, writers and composers to join her court; before Kristin and Rachel lie an assortment of books, paintings, and sheet music in a variety of colors. When Kirk gave the signal, each girl would crawl underneath, pop up through a hole, grab the artwork, and go on to the next hole. If the artwork matches the one they already have, the players were to bring both back and drop it in the basket. Otherwise, exchange the art and go on to the next hole. The player with the most sets of matched artwork within 60 seconds would win; both teams had one pair of artwork, resulting in a tie.

When Catherine became Czarina of Russia, she said about destroying the statues of her hated husband, Peter. The teams tasks was to smash Peter's statues. When Kirk gave the signal, Bryan and Kris were to roll their carriage to the far end of their path, get out, smash the statue, roll back to the other end, get out and smash the statue there, and finally, roll the carriage to the halfway point of the path, get out and smash the statue there. Whoever smashed all three statues, or was furthest along in 60 seconds would win; Kris managed to smash all three of his statues with 33 seconds left, giving the Red Jaguars the full Pendant over the Orange Iguanas' half-Pendant.

To make Catherine their Czarina, the Russian people first had to get rid of the Czar, Peter; before the teams stood four czars. When Kirk gave the signal, one player from each team was to load their slingshot to shoot a cannonball at the czars, hoping to knock them down. Then, it would be their teammate's turn to knock the next czar down. Whoever got all four czars down, or was furthest along within 60 seconds would win. The game ended with both teams knocking down two czars, but the Red Jaguars would go to Temple with two pendants over the Orange Iguanas' 1½ pendants.

Kris started by entering the Crypt, where he immediately encountered a Temple Guard. After giving his Pendant, he progressed to the Pit of the Pendulum. After knocking down the column, Kris could only go down into the Tomb of the Headless Kings, where he encountered another Guard and was removed from the Temple. Kristin followed Kris' path and progressed to the Jester's Court. After aligning with the middle figure, she progressed to the Dark Forest. She found a key inside a tree and went up to The Shrine of the Silver Monkey. After assembling the statue, she went into the Room of the Ancient Warriors, where she grabbed the Egg, went through the King's Storeroom, the Pit, and the Crypt and exited the Temple with 24 seconds to spare. 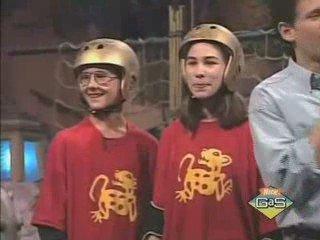 The Jewel-Encrusted Egg of Catherine the Great Part 1 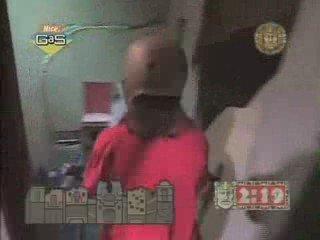 Retrieved from "https://legends.fandom.com/wiki/The_Jewel-Encrusted_Egg_of_Catherine_the_Great?oldid=29829"
Community content is available under CC-BY-SA unless otherwise noted.