Legends of the Hidden Temple Wiki
Register
Don't have an account?
Sign In
Advertisement
in: Episodes, Season 3, Layout XV,
and 15 more

The Jeweled Scabbard of Sforza

The Jeweled Scabbard of Sforza is the 117th episode of Legends of the Hidden Temple. It was the 82nd episode to be aired.

In the Moat, teams must swing with a vine to an abandoned fishing net, then climb over it.

One of the bravest, most gifted warriors of her time was Caterina Sforza. She ruled Forli, a city near Rome. She loved sports and hunting, and she was a natural leader. In the late 1400's, a hostile army of Venetians was spotted approaching the city. Legend has it that Caterina was enraged.

"Do they think that they can conquer Forli just because I'm a woman? Never! Sound the alarm. Bring me my sword."

"Oh, yeah? Just watch me! Bring me my sword and the Jeweled Scabbard of Sforza!"

Caterina set out to meet the Venetians at a gallop. The enemy soldiers were amazed when they saw Catarina at the head of her large army. In her gold satin gown with a vast train and a huge velvet hat with long plumes, she was a beautiful woman. But she wielded her curved sword as well as any man. Braving arrows and lances, she and her men charged again and again through the enemy lines and routed the foreigners. When the Venetians fled, a great cheer went up from the men.

The Blue Barracudas are Rebecca, who has been in gymnastics for three years and is in the Red Cross Team Corps, and R.C., who is in the Boy Scouts and rides horses. The Green Monkeys are Lacey, who enjoys swimming and wants to be a cardiologist, and Asher, who practices kung-fu and has eleven pets.

Just like Caterina Sforza against the Venetians, Asher and R.C. are about to square off in a decisive battle; when Kirk gave the signal, both boys would hurl the rocks over the net into a hole where the city was previously breached. Shots could be blocked from either side, but Asher could only shoot his red rocks, and R.C. could only shoot his golden rocks. Whoever scored the most in 60 seconds would win; Asher won 12-10, awarding the Green Monkeys a half-Pendant.

Ride to the Venetians (Bucking Horses)

Upon hearing that the Venetians were underway with their siege, Caterina Sforza met with them at a gallop; when Kirk gave the signal, the horse would begin to gallop. If either Lacey or Rebecca fell off, their opponent would receive a point, and whoever had the most points within 60 seconds would win. Rebecca won 4-0, tying the score with a half-Pendant apiece.

Ready the Cannons! (Boulders and Chutes)

In advance of the battle, the people of Forli gave the soldiers cannonballs for battle; when Kirk gave the signal, the boys would grab the cannonball and toss onto the overhead chute. When it rolled off the other side, the girls would catch it in order to place it in their bin; whoever got the most cannonballs in the bin within 60 seconds would win. Infamously, both teams had zero cannonballs in their bin! As a result, both teams now had 1½ pendants, leading to the Tiebreaker.

Olmec: "At the end of the battle, did Caterina—"? The Green Monkeys rang in and answered, "She threw her sword into the crowd, and now it's in the Temple... and someone caught it." Olmec said that was absolutely correct, sending the Green Monkeys into the Temple.

Lacey started by running into The Crypt were she encountered her first Temple Guard she hesitated a little after the guard run in but made it through into The Pit of the Pendulum knocking over the column and heading into The Tomb of the Headless Kings with 2:22 left on the clock. After completing the objective she headed up into The Chamber of the Sacred Markers but a Temple Guard appears behind the central door after she completes the room and Asher races in with 1:33 on the clock. Asher retraces Lacey's steps even finding the other Half Pendant in the Pit of the Pendulum and making it to The King's Storeroom with 1:06 left finishing the room in 12 seconds and making it to the Scabbard with 47 seconds left, He would then race out through the top making it out of the temple with 29 seconds. 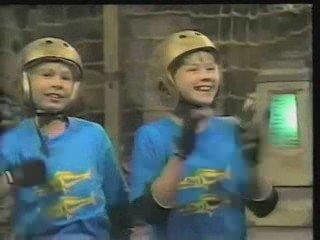 The Jeweled Scabbard of Sforza Part 1 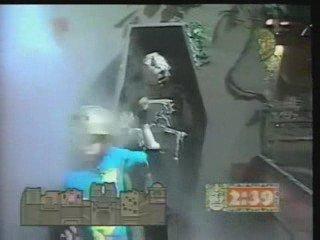 The Jeweled Scabbard of Sforza Part 2