Start a Wiki
The Lost Lion Tail of Little John is the 64th episode of Legends of the Hidden Temple.

One of the boldest adventurers of the early 1800's was the Frenchwoman named Jean La Mystere. When her fiancé, Pierre Chauvet, was leaving to explore The New World, Jean begged to go with him.

"Don't be silly, Jean. This voyage will be too long and dangerous. It is no place for a woman."

"Hogwash! I can do anything a man can."

So she disguised herself as a man, took the name Little John, and signed on as a cabin boy. Even Pierre didn't recognize her and gave her difficult chores.

All summer, she trudged along with the other members of the expedition. Legend has it that in Arkansas, Pierre was attacked by a wildcat, and Little John wrestled it into a hammerlock.

"That'll teach you, you mangy cur. Now beat it!"

The wildcat was so scared, it took off without its tail, which Little John kept for a souvenir.

"Little John, you saved my life."

On their return to France, The Lion Tail disappeared.

The Purple Parrots are Marie and Claude. The Silver Snakes are Amanda and Chaz.

Little John traveled with her fianceé, Pierre Chauvet across the Atlantic to the New World. Claude and Chaz had to do the same. When Kirk gave the signal, they had to push their boats off and row to the New World. Once there, each player had to plant the French flag, turn his boat around, grab the rope, and pull himself back to the dock. The player to make it back on the dock in 60 seconds won. Chaz planted his French flag and made it back with 38 seconds of spare time, awarding him a half pendant of life.

To feed the members of the expedition, their ship had to bring many supplies to the New World. When Kirk gave the signal, each player had to sling a backpack over her shoulder, grab the hanger above her, and swoop down to the New World on the opposite side. There, she had to drop the backpack in the bin, grab the next hanger, and zip-line back to the starting point to start again. The player with the most backpacks in her bin in 60 seconds won. Marie won the game with four backpacks while Amanda had three, awarding Marie a half pendant of life.

In honor of Little John, the people of Arkansas named her favorite mountain, Petit Jean after her French name. Here, both teams had to climb Mount Petit Jean and place the name at the top. When Kirk gave the signal, one member from each team had to boost his/her partner up to the top of the first level. Once up, he/she had to turn and help his/her partner up, then go on to the next level. Once a team made it to the top, they then had to put up the sign with Little John's name. The team to place the sign won. As Claude was at the top step, the Silver Snakes dropped their sign, which gave Marie a chance to place her team's sign on, which she did. Because of this, she and Claude won a full pendant, sending them to Olmec's Temple with 1½ pendants of life.

This was a rather frustrating temple run. The frontrunner moved fairly swiftly through the rooms after she finally got five rocks in the bucket in the Rock Quarry. She was taken out by a temple guard in the Swamp, so with plenty of time to get the artifact out of the temple, her partner raced in. He made a silly move at the beginning and went up to the Crypt, only to be forced to go back down to the Ledges. He sluggishly moved through the rooms until he made it to where his partner had left off. He found the second half to his pendant on the actuator leading to the Dark Forest, but he had to promptly give it away again after he was captured by a temple spirit. He then spent a ridiculously long period of time in the Dark Forest, and before he finally figured out he could bust through the Stone Wall, time was up. As if that was not already enough, in the Mine Shaft he tried using the key he kept from the Dark Forest and putting it into the temple guard's peephole. 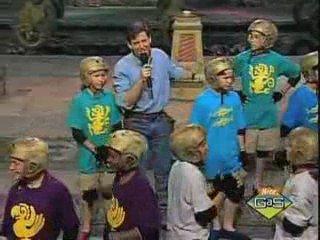 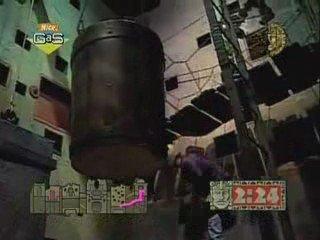 Retrieved from "https://legends.fandom.com/wiki/The_Lost_Lion_Tail_of_Little_John?oldid=28838"
Community content is available under CC-BY-SA unless otherwise noted.