Start a Wiki
The Taj Maj Turban of Aurangzeb is the 111th episode of Legends of the Hidden Temple. It was the 117th episode to be aired.

For this Moat, both players from each team crossed the water simultaneously on a large lily pad and using vines strung from above for guidance, while not falling in the water, missing a vine, or touching the lily pad with their knees.

One of the most fearful Emperors of them all was the Indian emperor Aurangzeb. He did away with two brothers so he could become heir, then locked his father up for fifteen years. Legend has it that the one soft spot he had was for the Taj Mahal, which his father had built for Aurangzeb's mother. He had it embroidered on his favorite turban, which he wore everyday. One morning, the guards found Aurangzeb tossing everything around the room.

"Guard! Who has stolen my favorite turban?!"

"Your Highness, it's just a turban— you'll have another one made."

Just then, a young woman appeared at the door.

"Who dares disturb his Highness?"

"I'm Irene of Jeannie C.P.A., Your Highness' Chief Personal Accountant. Your greedy grand vizier has stolen your turban to sell to a rich collector— it's just one of your belongings he's been selling."

"Your Highness, how can you believe this silly girl?"

Irene became the new Grand Vizier, and the Taj Mahal turban was restored to Aurangzeb. Years later, it found its way to The Temple.

Needmorupees threatened to pluck off a guard everyday until Aurangzeb's turban was found, but Irene of Jeannie came to their aid each time; here, Chad and Dean would now defend the royal guard. When Kirk gave the signal, the boys would push one of the two boulders and knock out a guard while staying in their designated zone, and whoever got all four guards down within 60 seconds would win; Chad took an early lead and, despite Dean's best efforts to make a comeback towards the end, won 2-1, awarding the Purple Parrots a half-Pendant.

When the turban was missing, Aurangzeb made the entire palace search for it— eventually, the guards brought back four turbans, unsure which of them was the correct one. Before Chrystine and Jennifer were those four turbans, with the threat of punishment by Aurangzeb hanging over them; when Kirk gave the signal, both girls would run out to get the first turban while dodging the wrecking ball, and whoever got all four turbans within 60 seconds would win. At first, the girls were even, but Jennifer got hit more throughout the last two-thirds of the game; as a result, Chrystine won 4-2, tying the score a half-Pendant apiece.

Aurangzeb's father built the Taj Mahal from white stones cut at an adjacent quarry; now, the teams had to carry boulders from the quarry for the cutting. When Kirk gave the signal, Dean and Jennifer would toss the boulder onto the overhead chute, and when it rolled to the opposite side, Chad and Chrystine would catch it and place it in the bin; whoever got the most boulders passed within 60 seconds would win. The Green Monkeys won 8-3 (Kirk jokingly referred to them as the "quarrymen"), sending them to Olmec's Temple with 1½ pendants.

Dean headed into The Crypt and advanced into the Pit of the Pendulum. There, he was unable to make it back to the platform and was forced to climb into the Chamber of the Sacred Markers. After completing the objective, Dean met his first temple guard. Eventually, Dean was taken out in the Shrine of the Silver Monkey after placing the base with a 1:07 remaining. On her way to the Shrine, Chrystine failed to noticed the Half-Pendant hanging above the door to the chamber and next to the king's storeroom. Kirk predicted that could be a factor and was proven right when Chrystine was forced into the Quicksand Bog and the final guard emerged with 13 seconds left. 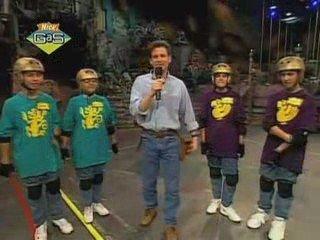 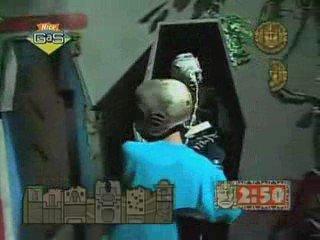 Retrieved from "https://legends.fandom.com/wiki/The_Lost_Taj_Mahal_Turban_of_Aurangzeb?oldid=29738"
Community content is available under CC-BY-SA unless otherwise noted.