Start a Wiki
The Missing Eye of David is the 57th episode of Legends of the Hidden Temple. It was the 79th episode to be aired.

For the opening challenge, teams simply had to swing across the moat on a single rope, one player at a time. It was a very straightforward challenge, and none of the teams had any real trouble— fractions of a second separated each of the teams as the Blue Barracudas, Green Monkeys, Orange Iguanas and Silver Snakes won the four Steps of Knowledge positions in that order.

In the early 1500's, the greatest artist of the Italian Renaissance was Michelangelo Buonarroti. He was so talented that at 16, Lorenzo de' Medici, the Prince of Florence, became his patron. Legend has it that one day, Lorenzo came to visit Michelangelo at his studio.

"Listen, Michelangelo! You've been working on that statue of David for months!"

"As a matter of fact," said the artist, "I just finished." And he pulled off the drapery covering it. There stood a seven-foot-tall statue of young David, about to do battle with Goliath.

"Magnificent!" exclaimed Lorenzo. "He looks alive! How did you do that??"

"I pictured him inside the block of marble, and I chiseled away to free him."

"He will be placed in the town square of Florence as a symbol of my power!" said the prince.

Years later, during a rebellion, the statue was smashed and later restored, but legend has it that one eye vanished and had to be replaced.

Every old master had his apprentices who mixed the paints for his palette. They had to know all about colors, of course. In front of each player was a bucket (one marked with purple and the other marked with green). Here, Emily had to remember that the two colors that make up purple are red and blue while Tasha had to remember that the two colors that make up green are blue and yellow. When Kirk gave the signal, each player had to run around to her palette, grab a primary colored ball that makes up her secondary color, and drop it in her bucket. The player with the most primary colored balls that make up her secondary color in her bucket in 60 seconds won. Emily won the game and the half pendant after dropping six balls in her bucket over Tasha, how only dropped four balls.

Michelangelo painted beautiful pictures on the ceiling of the Sistine Chapel. On the ceiling above each player was an equally impressive picture of Olmec. Here, Matt and Michael had to take it down for a cleaning piece by piece. When Kirk gave the signal, each player had to jump up, grab a piece of Olmec's portrait one piece at a time. For every piece removed, it had to be placed in each player's bucket. The first player to take down all eight pieces and put them in his bucket or the player further along in 60 seconds won. If either player missed his bucket, it did not count. Michael dropped his seventh piece, which cost his team big time. Matt however, got all eight pieces in his bucket, awarding him a half pendant of life.

Michelangelo once explained that he envisioned the figure inside the marble and chipped his way down to it. The teams here had to test that technique. Before both teams were three giant steps, at the top of which stands two blocks of marble. When Kirk gave the signal, one member from each team had to boost the other up to the top of the first step. Once he was up, he had to turn and pull his partner up to his step, then start again. Once both players on either team were on the top step, they had to break away their marble and reveal the sculpture within. The team to make it to the top and brake away the marble or the team furthest along in 60 seconds won. For an unknown reason, Kirk did the commentary for this game from a raised platform next to the giant steps— something he never did in any other episode even though this Temple Game would reappear several times. Michael smashed the marble and revealed the sculpture within, awarding him a full pendant of life and sending him and Emily to Olmec's Temple with 1½ pendants of life.

Michael volunteered to go first and chose to start by going up into the Crypt. He progressed rapidly until the Observatory, where he had a little trouble with the top section of the stone column. The door leading into the King's Storeroom did not open, so he had to go down into Medusa's Lair, where met the first Temple Guard. For whatever reason, the Crypt skeleton sound effect played as Michael put one of the snakes into Medusa's head; he completed the objective quickly, but the door did not open right away. Michael kept going back to the head, and the Kirk voice-over seemed to indicate that he did not properly complete the objective. However, after a twenty-second delay, even though there was still no visual cue that the objective was complete, the door leading downward opened. He climbed down into the Laser Light Room, but the second Temple Guard literally picked him and removed him with 1:48 to go.

Emily raced in, and although she was not as fast as Michael, she still managed to move at a decent pace. According to Kirk, she missed the other half of her Pendant of Life in Medusa's Lair (although it cannot be seen clearly, it was likely on the inactive downward actuator from when the room was the Heart Room), but she progressed downward into the Laser Light Room, quickly completed the objective and passed into the Swamp. The third Temple Guard emerged from the floor even before Emily could set foot in the room, and even though she only had a half-Pendant, she handed it over to the guard with 1:05 remaining and kept going across the room. She even made it to the door leading into the Dark Forest and started to leave the room before Kirk realized the game was technically over! 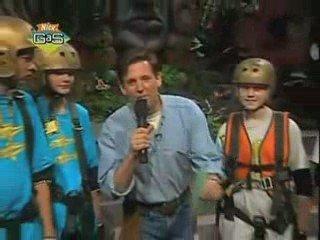 The Missing Eye of David Part 1 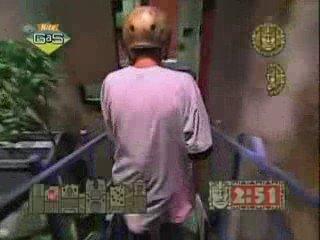 Retrieved from "https://legends.fandom.com/wiki/The_Missing_Eye_of_David?oldid=29500"
Community content is available under CC-BY-SA unless otherwise noted.