Start a Wiki
The Missing Portrait of Hans Holbein is the 100th episode of Legends of the Hidden Temple.

In this Moat, the teams had to cross the moat by placing an ancient wooden plank between the shores of the Moat and two inflatable lilypads, while sticking together and without touching the water.

One of the most famous and talented painters of all time was the artist Hans Holbein. He painted much of the Nobility of Europe, including the notorious Henry VIII, the ruthless Tudor King of England. Henry had six wives. He divorced two, did away with three, and one passed on somewhat mysteriously. Not exactly the ideal husband. Legend has it that after Holbein completed the portrait, King Henry was furious.

"How dare you make me look twice as fat as I am! The way you've painted me, I look like Henry XVI! And my face, I suppose you liked my chin so much, you painted two more just like it!"

"I will throw you in irons, boil you in oil, and that's just the good news!"

"Well, of course, maybe I can do a little better."

Holbein relented, and began painting a new, more flattering portrait, which still hangs in England's Royal Palace. The old painting disappeared for years, until it mysteriously made its way to The Temple.

The Blue Barracudas are Rachel, who enjoys roller skating and wants to work with dolphins, and Keith, who enjoys soccer and wants to be an actor. The Purple Parrots are Danielle, who enjoys singing and has a dog named Charlie, and James, who is a cross-country runner who participated in a 10k race the day after this episode was filmed.

Put the Kibosh on the Portraits (Rolling Drums)

Henry hated his first portrait to the point of ordering its destruction; in this game, Danielle and Keith had to destroy three portraits at separate points. When Kirk gave the signal, they would roll towards the painting at the end and crash through it; then proceed to roll to the beginning to crash through the next one and finally the one in the middle. The first player to destroy all three portraits in 60 seconds would win; Keith won with 25 seconds remaining, awarding the Blue Barracudas a half-Pendant (Danielle smashed the first painting, and had too much trouble trying to move her wheel over the ramp).

Henry wanted to pick and choose his features in hopes of a more flattering portrait; when Kirk gave the signal, James and Rachel would grab a facial feature, then run around and put it on the portrait head. The team that assembled the face in 60 seconds would win; Rachel won 4-1, completing the Blue Barracudas' full Pendant.

Apparently, one of Henry's bitter ex-wives demanded all his statues be destroyed; when Kirk gave the signal, the girls would throw a boulder to their teammates, who would catch it, then fly over to the statues and knock over one. The team that knocked down all six statues within 60 seconds would win; the Blue Barracudas won with 26 seconds remaining, shutting out the Purple Parrots 2-0 (the Purple Parrots only had 4 knocked down).

Rachel started at a decent pace, but she encountered the first Temple Guard in the Crypt after pulling the first book. She pulled the second book which opened the door to the Ledges. Neglecting to try the third book, she descended into the Ledges after a slight hesitation before going through the upper crawl tube to the Pit of the Pendulum. She was notably slower in getting to the swing and failed to make it back to the ledge, thus requiring her to climb. She got her leg tangled on the rope and struggled a bit to climb back up. By the time she got to the King's Storeroom she had used up a full minute and she had to smash all three pots to find the key, and she had to use all three keyholes before opening the Room of the Ancient Warriors. However after trying two suits of armor she was caught by the second Temple Guard with 1:22 remaining.

Keith was much faster, unfortunately instead of going directly through the Ledges he went up to the Crypt and down to the Ledges and then in the Room of the Ancient Warriors he tried the third suit of armor despite the door to the Shrine of the Silver Monkey already being open. Despite being quick in assembling the monkey, this was not enough as he was already down to 39 seconds when he entered the Room of the Secret Password, where he was able to make it by shouting the second password (Long Live Olmec) encountering the third and final Temple Guard on the way in. He proceeded to the Quicksand Bog, and then smashed through the Stone Wall to the Dark Forest, timing out just as he grabbed the key. 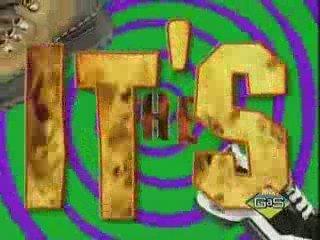 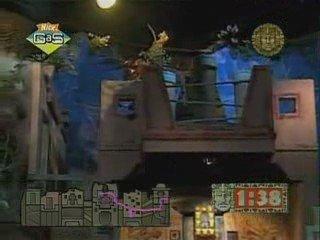 Retrieved from "https://legends.fandom.com/wiki/The_Missing_Portrait_of_Hans_Holbein?oldid=29597"
Community content is available under CC-BY-SA unless otherwise noted.