Start a Wiki
The Mush Pot Hat of Johnny Appleseed is the 49th episode of Legends of the Hidden Temple. It was the 68th episode to air.

In this extraordinarily difficult moat crossing, one player holds a long wooden plank steady as the other crosses it. After one teammate is across, he or she holds the board for the other partner to do the same.

On a hot summer's day in 1812, a strange-looking man walked into Mansfield, Ohio. He was John Chapman. He wore a metal cook-pot, or mush-pot, for a hat, a coffee sack for a shirt, and was barefoot. He introduced himself as Johnny Appleseed.

"Why?" "'Cause I just wander around the country plantin' apple seeds. Here, you want some?"

He reached into his sack, handed everyone some seeds, and went on his way. About a week later, Johnny ran into town, shouting, "Trouble a-brewin' out there! Head for the hills!"

Indians and settlers were fighting in a nearby town, and Johnny had come back to Mansfield to warn them of the approaching danger. Some men wanted to stay and fight, but Johnny convinced them the best thing to do was hide. When the Indians came into town and found the place deserted, they rode on. Legend has it that the grateful town gave Johnny a new mush-pot hat, and he threw the old one away.

The Orange Iguanas are Angela and Chris. The Green Monkeys are Jamaal and Andrea.

An-Apple-Picking We Will Go (Mountain)

Johnny Appleseed planted seeds all across America, and an apple tree sprang up behind him wherever he went. Before Andrea and Angela stood a hillside with many holes, where apple seeds can be planted by pushing pegs into them. Four of the spots were fertile, and once a peg is placed, an apple will spring up from the top of the mountain. The player to make all four of their apples spring out from the top of the mountain or the player furthest along in 60 seconds won. Angela won the game and the half pendant of life after setting off three of her apples while Andrea was only able to set off two.

Massachusetts to the Midwest (Zip-line)

Johnny Appleseed brought many varieties of apples from his native Massachusetts to the Midwest when Kirk gave the signal, Jamaal and Chris each had to place an apple in their bag, grab the hanger above their heads and swoop down to the opposite platform. Once there, they had to drop the apple into their bin, grab the next hanger, zip-line back to their starting point to transfer their next apple. The player with the most apples transferred in 60 seconds won. Both players tied with five apples each, awarding them a half pendant apiece.

Some of the orchards Johnny Appleseed planted are still bearing fruit today. The teams' job was to harvest some of the fruit. When Kirk gave the signal, each player had to run around, jump up, grab an apple and drop it in their bushel basket. While that happened, his/her partner jumped up, grabbed the next apple, and dropped it in the basket. The team to harvest the most apples in 60 seconds won. Both teams tied with four apples each, but the Orange Iguanas had two full pendants total while the Green Monkeys had 1½, sending the Orange Iguanas to Olmec's Temple.

Chris immediately met a guard in the Crypt. He stayed on the top floor and was taken out in the King's Storeroom. Angela followed his path but had a little trouble climbing. After completing the King's Storeroom objective, she went into the Shrine of the Silver Monkey. However, after completing the Statue, the door into the Viper's Nest did not open. Angela was forced into the Mine Shaft and rode the elevator up into the Viper's Nest. Although she grabbed the Mush Pot, Angela was unable to escape as time expired while she was in the Ledges. 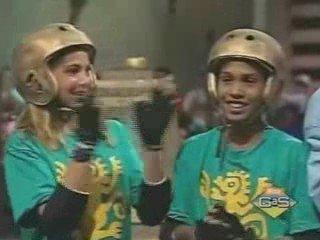 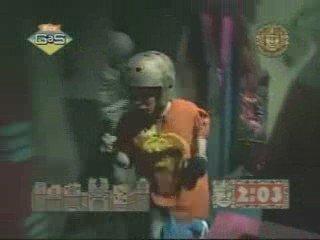 Retrieved from "https://legends.fandom.com/wiki/The_Mush_Pot_Hat_of_Johnny_Appleseed?oldid=29865"
Community content is available under CC-BY-SA unless otherwise noted.