Start a Wiki
The Mussel Shell Armor of Apanuugpak is the 108th episode of Legends of the Hidden Temple. It was the 119th episode to be aired.

When Kirk gave the signal, the contestants had to hop across three icebergs, starting over if they fell or their knees touched the iceberg.

The most famous warrior of all the Eskimo tribes was Apanuugpak, who lived in Alaska in the late 1700's. As a hunter, he could stand still for hours so that he could stalk the polar bear and the seal. And as a warrior, he was fearless. One day, he and his wife were approached by a band of neighboring warriors.

"You have been fishing on our hunting grounds."

"Yes, you have, and we are here to put an end to that right now!"

The circle of enemy warriors tightened around Apanuugpak, but he was unafraid.

"Ah, your mother wears sealskin boots! Go back over the mountain where you belong, you tundra turkeys!"

Without warning, two warriors attacked. But Apanuugpak dodged their knives easily and tossed each warrior aside. A volley of arrows struck his fur parka. But Apanuugpak just laughed.

Astonished, the men turned and ran.

"Are you hurt, my little snowball?"

He opened his parka and showed his wife the mussel shell armor he'd invented. Years later, the armor made its way to The Temple.

One of the most important sources of food for Eskimos was ice fishing, wherein they would cut a hole in the ice and fish below; Amanda and Nikolette were under an ice slab. When Kirk gave the signal, both girls would slide under it to sneak up on some fish. After they catch the fish, they must place in their ice bucket; whoever collected the most fish within 60 seconds would win. Although both girls were even, Nikolette missed a fish— this allowed Amanda to edge her out for the win, 4-3.

Some Eskimos believed that all seals should be protected at all costs; Gator and Jarrod were inside a fortress serving as a seal haven, with a safe area at the top for them. When Kirk gave the signal, both boys would toss the plush seals upward until they reached the top, and whoever brought the seals to the save haven within 60 seconds would win. Gator had gotten the lead early on and won with 34 seconds remaining, awarding the Green Monkeys their second half-Pendant (Jarrod tried in vain to catch up).

Apanuugpak defeated the enemy tribe, despite their complaints of him fishing in their territory; when Kirk gave the signal, each team would load their slingshots and launch balls to knock down four rogue Eskimos. The first team to knock down all of their warriors or whoever has the most knocked down within 60 seconds would win; the Green Monkeys scored early while the Red Jaguars stuggled at the end. Eventually, the latter team was able to knock one down to tie the game. Both teams received a full pendant— however, The Green Monkeys went to the temple because of having two Pendants to the Red Jaguars' one Pendant.

Amanda started by running to the Crypt. She was lucky to pull the right book first, and advanced to the The Pit of the Pendulum. Unfortunately, she did not have enough power to hit the column and instead had to jump off to knock it down. In the The Tomb of the Headless Kings, she encountered her first temple guard. She found the head and had to place it on both skeletons to open the door to the The Jester's Court. It took her three tries to open the door that led to the The Dark Forest where the temple guard spirit in the left tree caught her. Gator entered the temple with about a minute and a half left. He finally broke through the wall to the The Quicksand Bog and climbed the ladder up to the The Shrine of the Silver Monkey with a minute left. A temple guard happened to be in this room and Gator gave up his pendant. After assembling the statue, the door leading to the The Room of the Ancient Warriors was delayed in opening up. The third set of armor worked opening the door to The Chamber of the Sacred Markers where the Mussel Shell Armor was, where he grabbed it and quickly ran out of the temple. He ran across the Pit, through the Crypt and escaped with 10 seconds left. 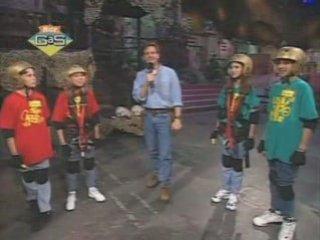 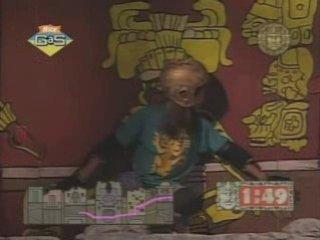 Retrieved from "https://legends.fandom.com/wiki/The_Mussel_Shell_Armor_of_Apanuugpak?oldid=29561"
Community content is available under CC-BY-SA unless otherwise noted.