Start a Wiki
The Secret Battle Plan of Nathan Hale is the 42nd episode of Legends of the Hidden Temple. It was the 72nd episode to complete production and the 70th episode to air.

The moat crossing required players to hang from a rope overhead and walking across two lower ropes which crisscross at the halfway mark. The Silver Snakes were easily the first team across, followed by the Purple Parrots, Blue Barracudas and Green Monkeys in that order. However, one of the funniest parts was the fact that the second player on the Orange Iguanas never even got his feet on either lower rope— he was hanging from the higher rope alone until he finally fell into the water almost halfway across and got sent back.

The bravest young spy in the Revolutionary War was the American patriot, Nathan Hale, who was arrested trying to cross British lines. Legend has it that he was brought before General Howe, the leader of the British army.

"My men tell me you are a spy for George Washington's Continental Army."

"Oh yeah?" said the general. "If you're a Dutchman, who put his finger in the dike?"

"If you're Dutch, why did you have these secret battle plans hidden in your boot?"

"Because my mother is… knitting socks for the soldiers and I wanted to tell her where to send them."

"And what's your mother's name?"

They took poor Nathan away, and the secret battle plan disappeared.

The Silver Snakes are James and Christina. The Green Monkeys are Stacy and Kevin.

The first game pitted Stacy against James in a race to complete one of Nathan Hale's maps of British troop locations while avoiding enemy lines in the form of swinging sandbags. Stacy ended up getting hit quite a few times, while James managed to slither past the obstacles a lot more of the time, only getting hit once. The result was that Stacy grabbed two parts of the map, but James brought back three, so the Silver Snakes won the half Pendant of Life.

The second game required Kevin and Christina to grab tiled portions of a coded message covering the cubbyholes around the edges of a net— they were not in the cubbyholes like items usually are in this game. Each tile contained two adjacent letters, and when put in the right order, the message revealed would be a British plan: "ATTACK PHILADELPHIA." The initial "AT" was already given, so the players had to grab the remaining eight tiles and place as many correctly as possible. When time ran out, Kevin placed five tiles on the board, four in the correct slot. Christina managed to retrieve four tiles, but one was discounted as it was placed on the upside down, despite being in the correct slot. As a result the Green Monkeys, won the half pendant of life.

The third game was a creative use of the rotating lever. The player who competed in the first Temple Game had to take a secret message from the velcro covering on their shirt and leave it on a pedestal; when the second player swung by, he or she had to take the message and stick it to their shirt. Whichever team made the most transfers in 60 seconds wins. The Silver Snakes just edged out the Green Monkeys 5-4 in order to win the game and the full pendant. Silver Snakes won the Temple Games and the chance to go to Olmec's Temple with 1½ Pendants over the Green Monkeys, who only scored a half pendant.

James decided to go first, and chose the Ledges as his starting point. He tried the lower crawl tube, but then went down into the old Cave of Sighs entrance before trying the upper crawl tube and then the Crypt door, which was the only way James could leave the Ledges. With 2:33 remaining, he set foot in the Crypt, where the first Temple Guard was waiting. James opened the door into the Pit on the first try before being ambushed, then headed on after surrendering his Pendant. He swung across the Pit, signaled the half Pendant on the Observatory actuator and then headed into the Observatory, where the second Temple Guard took him out with 2:09 on the clock. Cristina was a tad slower than James, but she made a critical mistake that cost the team—she missed the half Pendant on the Observatory actuator. When Kirk commented that she missed it, she headed back down the stairwell and took another look, but still did not see it, having only checked the wall above the Room of the Mandarin Hand door. She completed the puzzle on the stone column and went on into the King's Storeroom, but the final Temple Guard emerged as Christina smashed the middle pot with 1:11 remaining. 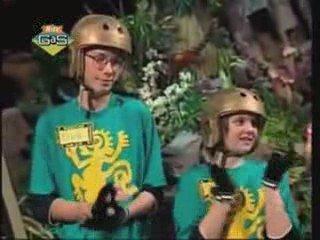 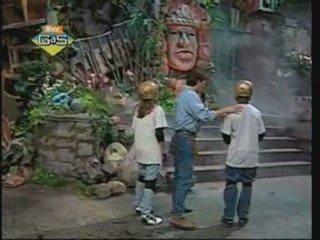 Retrieved from "https://legends.fandom.com/wiki/The_Secret_Battle_Plan_of_Nathan_Hale?oldid=29329"
Community content is available under CC-BY-SA unless otherwise noted.