Start a Wiki
The Silver Cannonball of Grandy Nanny is the 44th episode of Legends of the Hidden Temple. It was the 43rd episode to complete production and the 61st to air.

The Moat crossing required players to hang from a rope overhead and walking across two lower ropes which crisscross at the halfway mark.

In the late 1600s, the most troublesome problem for the colonel of the British army on Jamaica was Grandy Nanny. She was the queen of a group of escaped slaves who fended off the army that the British sent to recapture them. She taught her men to shoot and then do flips, so they would be moving targets. They say she could catch the British cannonballs and bullets and hurl them back twice as hard. Legend has it that one day, the colonel had enough.

"That woman is a demon, but I have a plan. We'll use a silver cannonball. That should put an end to her."

The moment she appeared, they shot it at her.

"Heeheehee! No mon kills Grandy Nanny, mon!" she laughed, and caught it between her teeth. "Silver— I'll keep it as a souvenir!"

And she bounced off into the woods. The British granted the slaves their freedom and years later, the silver cannonball of the right excellent Grandy Nanny disappeared.

The Red Jaguars are 13-year-old Sammy, who collects comic books, and 11-year-old Debbie, who plays the saxophone. The Orange Iguanas are 11-year-old Jonathan, who plays basketball, and 12-year-old Amber, who dances.

Grandy Nanny taught her soldiers to do acrobatics, so they were harder targets to hit. Sammy and Jonathan's target practice included acrobatics also. When Kirk gave the signal, they had to place a ball between their feet, grab the trapeze, swing out over the grid, drop the ball into one of the nine grid holes, swing back and do the same with the next ball. The player to fill all nine (or the most) of their grid holes or the player furthest along in 60 seconds won. Jonathan won 5-4, earning the Orange Iguanas the half pendant.

The British looked all over the blue mountains of Jamaica in their search for Grandy Nanny's hideout, but she just kept moving. Before Debbie and Amber were five holes, each with a place where Grandy Nanny was sighted (Wild King River, Moore Town, Sherwood Forest, Blue Mountains, and Windsor). Their task is to predict where Grandy Nanny might be by placing a marker in the hole. If a player is right, nothing will happen. Otherwise, she would be squirted with blue mountain spring water. Then, they had to remove their stoppers and try again. The player to locate Grandy Nanny the most times in 60 seconds won. Amber won the game having locating Grandy Nanny four times, while Debbie only locate Grandy Nanny once. Amber won the half pendant of life, giving the Orange Iguanas a full pendant.

According to legend, Grandy Nanny would catch the English cannonballs and throw them back at them. Here, the teams had to toss the cannonballs back at the English and knock them down. When Kirk gave the signal, the first player from each team had to load their catapult, and fire it at one of the English soldiers. Then, it would be his/her partner's turn to do the same. The team to knock down all four of their English soldiers or the team furthest along in 60 seconds won. The Red Jaguars knocked down their first English soldier at the last second, but the Orange Iguanas knocked down three, sending them to Olmec's Temple with two full pendants. The Red Jaguars did not win any pendants.

Jonathan decided to go directly for the cannonball. This would cause him problems as he met a guard in the Ledges and the Swamp door did not open from the Throne Room. He was forced to go up on the top floor and was taken out in the King's Storeroom. Amber followed his path. However, after completing the objective of the King's Storeroom, she went into the Observatory. By the time she corrected her mistake, it was too late. Amber met an temple guard and an expired timer. 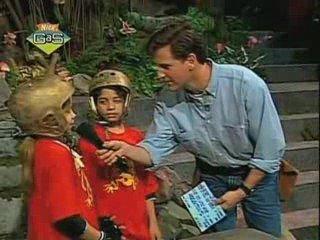 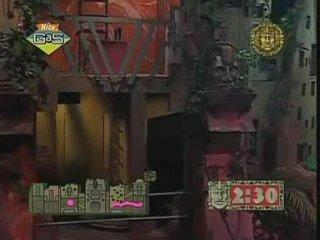 Retrieved from "https://legends.fandom.com/wiki/The_Silver_Cannonball_of_Grandy_Nanny?oldid=29832"
Community content is available under CC-BY-SA unless otherwise noted.