Start a Wiki
The Treasure of Anne Bonny is the 40th episode of Legends of the Hidden Temple. It was the eighth episode to air.

One of the fiercest pirates who ever sailed the seven seas was Anne Bonny. When she was a teenager, she dressed up like a man and joined the crew of the notorious pirate, Calico Jack. Even though she was a woman, she fought, shot, and dueled better than all of Jack's men. One day, they attacked a merchants ship bound for Boston. Anne was the first aboard. During the battle, she finally met her match a handsome young man who was every bit as brave as Anne. When the pirates finally won Anne spoke to the handsome prisoner who turned out to be a girl named Mary Read. Mary and Anne became good friends and a fearless pirate team in 1700, they were attacked by a British navel ship. Anne and Mary combined their treasures in a chest and threw it overboard just before they were captured.

The Red Jaguars are 14-year-old Katherine (aka "Fred" as she said she was weird), who sings songs by Madonna, but not in chorus, and her partner Ron. The Green Monkeys are 13-year-old Joanna, who wants to be a lawyer as she likes to argue, and her partner Nate.

Like most pirates, Anne Bonny would dig a deep hole and bury her treasure. Here, Ron and Nate had to dig up Anne Bonny's treasure. Each player was in a peanut shaft. When Kirk gave the signal, they had to dig deep in the styrofoam packing peanuts for a piece of treasure. With one in hand, they had to climb up the shaft, place the treasure in their bins, jump down, and do the same with the other treasures. The player with the most treasures in his bin in 60 seconds won. Nate won the game and the half pendant over Ron by collecting four pieces of treasure while the latter only collect three pieces.

One thing every sailor has to do sooner or later is swab the deck, and that is just what Katherine and Joanna had to do here. When Kirk gave the signal, they had to climb the ramp on their knees and pull down the first bucket of water. Then, they had to slide back down on the mops and repeat the process. The first player to dump all three buckets and slide back down or the player further along in 60 seconds won. Both players dumped two buckets, but Katherine was further along in 60 seconds, awarding her a half pendant of life.

According to legend, as Anne Bonny and Mary Read were about to be captured, they loaded up their treasure and threw it overboard. Just like the two pirate women, both teams had to load up the treasure from one side to the chest on the other. When Kirk gave the signal, the first player had to grab a treasure, stick it to his helmet, and pull himself toward his partner in the center. At the center, his partner had to grab the treasure from his helmet, slide back, and place the treasure in her chest. Then, the first player had to grab another treasure, and he and his partner had to repeat the process. The team with the most treasures in their chest in 60 seconds won. The Red Jaguars won the game and full pendant Green Monkeys after the former completed five transfers while the latter only completed four transfers, sending the Red Jaguars to Olmec's Temple with 1½ pendants.

The frontrunner, Katherine was quite quick, as they should be. It is a pity that she was taken out of the temple in the Throne Room. Her partner, Ron entered. Although he moved at decent speed, he was not nearly as fast. This lack of speed did not cause the team any problems, as they got to the artifact with fifty-one seconds remaining. Instead, it was the lack of planning that cost them. After reaching the artifact, Ron went up to the Observatory, but then slowly made his way all the way down to the Throne Room, including a trek through the cluttered Room of Fallen Columns. As he was climbing up the ladder to the Cave of Sighs, time was no more. 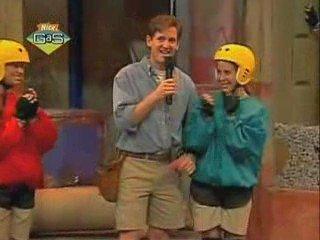 The Treasure of Anne Bonny Part 1 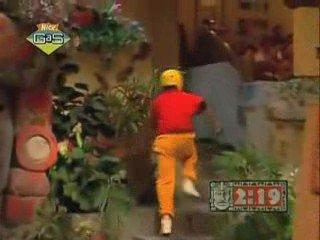 Retrieved from "https://legends.fandom.com/wiki/The_Treasure_of_Anne_Bonny?oldid=29600"
Community content is available under CC-BY-SA unless otherwise noted.