Legends of the Hidden Temple Wiki
Register
Don't have an account?
Sign In
Advertisement
in: Episodes, Season 2, Layout XII,
and 19 more

The Two-Cornered Hat of Napoleon

The Two-Cornered Hat of Napoleon is the 68th episode of Legends of the Hidden Temple. It was the 46th episode to be aired.

In this Moat, teammates cross the water simultaneously by swinging on multiple "ancient Babylonian wheels."

In the early 1800s, the most powerful leader in Europe was Napoleon Bonaparte. Legend has it that after conquering much of the world, he decided to give himself the title "King of France and Most of the World".

"Too long," sniffed Pierre, his trusty valet. "And these days, 'King' is so common."

"Warrior of the Western World?"

"Mais non! Too many 'W's', and not impressive enough. Your title must command respect."

"How about 'Holy Roman Emperor ?'"

"By Heaven, Pierre, that is it! I shall crown myself Holy Roman Emperor!"

And he turned and headed out to the throne room.

And he went out to receive his golden crown. Years later, Napoleon was thrown out of France, and poor Pierre and the hat were lost at sea.

The Orange Iguanas are Rebecca and Ryan. The Red Jaguars are Brian and Carly.

Bring Down the Crowns (Bungee Ceiling)

Napoleon had himself crowned Holy Roman Emperor by Pope Pius VII, and when the Pope leaned forward with the crown, Napoleon rudely grabbed it and placed it on his own head. Rebecca and Brian's task, like Napoleon, is to crown themselves. When Kirk gave the signal, each player had to grab a rope with each hand, and pull themselves up to the crowns. Once at the top, they had to grab a crown, placed it on their head and float back down. The player to bring down all four crowns or the player to bring down the most crowns in 60 seconds won. Both players tied with two crowns each, awarding each of them a half pendant of life.

Napoleon Bonaparte created an empire by quickly conquering other European countries. One player from each team had two pegs. Before Ryan and Carly stood a mountain with many holes into which their pegs fit, and it is divided into four sections each named for one of the countries Napoleon defeated (Italy, Spain, Germany, and Holland). Each country can be conquered by a player placing their peg in the secret hole that sets off the victory salute at the top of the mountain. When Kirk gave the signal, both players had to start putting their pegs into as many holes as possible. Once a country is conquered, the player who conquered it had to move on to the next one. The player to conquer all four countries or the player furthest along in 60 seconds won. Ryan won the game over Carly after conquering his second country at the last minute, awarding Ryan a half pendant of life.

In the famous Battle of Austerlitz, Napoleon defeated the Austrian army. The teams' task was to defeat the said army just like Napoleon defeated the Austrians. One player was suspended in a sack, and when Kirk gave the signal, his/her partner had to swing them at a soldier statue. The team to knock down all three of their soldiers or the team with the most soldiers knocked down in 60 seconds won. The Red Jaguars knocked down their last soldier with 41 seconds of spare time, awarding them a full pendant of life and sending them to Olmec's Temple with 1½ pendants. The Orange Iguanas managed to knock down two.

Brian headed into the Crypt and Immediately met a Temple Guard. He failed to pulled all three books and entered the Ledges. He continued on the bottom until he met the second guard with 2:08 left. Carly quickly followed his path directly and founded the half pendant in the Rock Quarry, which she would need for the guard in the Swamp. After that, Carly entered the Dark Forest and busted through the Stone Wall into the Mine Shaft. She climbed the ladder but was unable to see the actuator, Forcing her to take the elevator into the Lightning Room. After completing the objectives of both the Lightning Room and the Shrine of the Silver Monkey, Carly grabbed the hat just in time. Time expired when Carly was in the Observatory. 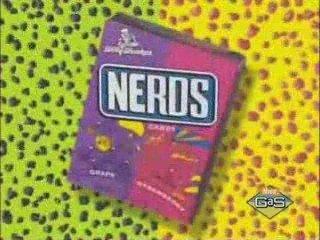 The Two-Cornered Hat of Napoleon Part 1 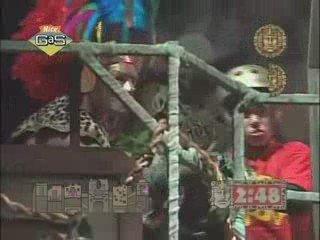 The Two-Cornered Hat of Napoleon Part 2