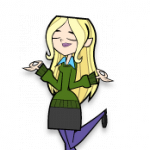 Hi, welcome to Legends of the Hidden Temple Wiki! Thanks for your edit to the Temple Layout I page.

Look, I am creating pages for Legends of the Hidden Temple YouTube specials, and fanfic and WiiWare episodes to be considerate. As a note: The WiiWare episodes are just examples of how they would go. I mean…why can't you be considerate? I am. There are more than just the 120 episodes that aired on Nickelodeon from September 11, 1993 to December 29, 1995. So, be considerate. You're not the only person in the world, you know. Also, with episode #13: The Moccasins of Geronimo, I omitted the number 13 for superstitious people (I changed the number to "14a" and added a "b" to the "14" in Henry VIII's Great Seal [episode #14]). That is being considerate to superstitious people. See? Also, my 15th birthday is this October. So, you'd better have some respect.AlecRBorden (talk) 11:01, September 6, 2014 (UTC)

Maybe you should make a wiki for all of the fan fiction, that way, everyone will happy. I'm pretty sure people come on to this wiki for canon stuff, not fanon. I'm being considerate of the wiki.

Hey BlueBarracudas555, I don't know if you remember the misconception of the Blue Barracuda, Missy from the heart-shaped pillow episode being Canadian. If you watch the episode, there's proof: Canadians are way too friendly making them very dumb (they don't even give a crap about stranger danger). What made me connect that whole thing to stranger danger you ask? Well, here's the answer: Canadian kids may be friendly, but they don't think they'll ever see the day where somebody they don't even know asks him/her for a hug and get kidnapped and never ever be seen again. I wonder what happened to Missy after she won her trip to the Bahamas after successfully escaping Olmec's Temple with the heart-shaped pillow. Here's what could be possible:

Speaking of stranger danger, during the mid-90's when the show originally aired, there was a children's stranger danger education VHS tape[2] entitled "Get Street Smart: A Kid's Guide to Stranger Dangers" with the wisdom: "There are so many ways to kidnap kids". In fact, I wouldn't be surprised if that tape were a response to Missy's episode with the tiebreaker incident (John putting his hand on her in a strongly inappropriate area) and the hugging at the very end of the episode. That was just dumb! Hugging a man she doesn't even know?! THAT IS DUMB AND DANGEROUS! Well, the Golden Idols' objective was safe. The reason being is that the players were supposed to hug an idol (not a man they don't even know). They never performed that, because it was supposed to take him/her down[3]. Hugging someone you do know is safe. Hugging someone you don't know is dumb.

There is a clear difference between trivia and goofs. I don't know WHY you don't know it.

Then put Notes as Goofs, Goofs belong on Animated shows or Scripted shows,.

I pointed out the half pendant in the Dark Forest.

Hey BlueBarracudas555, you know how "Henry VIII's Great Seal" and "The Heart-Shaped Pillow of Annie Taylor" are two of the episodes to not show today's Nickelodeon audience. You know about the Heart-Shaped Pillow-Stranger Danger Connection I told you about in September. But in "Henry VIII's Great Seal", Olmec made a sexist joke and stereotype in the legend! That would be saying that Shay and Nick can't be friends! Would you agree or disagree? OrangeIguanas15 (talk) 12:35, November 18, 2014 (UTC)

Suicide or No Suicide?

Should I kill myself or not? You are so selfish that this wiki is not just for users 18 and older. You can't accept me for my age (15 years)! I wish you weren't so selfish!

NO, Do not kill yourself over the wiki. Talk to someone please since you are feeling suicidal.

I've noticed that the users Mvbattista and TheGRVOfLightning are up to no good (they're starting a third edit war on this wiki)! If you go on Mvbattista's talk page, you'll see what I mean. SO YOU SHOULD TEAM UP WITH ME AND DAVIDCLARINET TO STOP THEM RIGHT NOW!

So, will we stop them or not?

Hey, I created two new Legends of the Hidden Temple Wikis (one for canon and one for fanon) so this wiki won't have ANYMORE edit wars.

I have recently become an admin for this wiki. I see you haven't edited in a while. I invite you to come back and freely contribute.

My name is Mary Moore. I am a user on this wiki. I've noticed that you and Mvbattista are taking down the Goofs sections under the trivia sections in many episodes. Why are you doing that?! Maybe you're just bitter! You don't understand what goofs are! I've also noticed that a former user on this wiki (OrangeIguanas15 aka Alec Borden) told you that Trivia is unequal to Goofs. Well, there are millions of other wikis about TV shows that ahve goofs sections under the trivia sections. So, what do you think about that?!

Hello Mary, Frankly some of those things can also qualified as Trivia and that former user added articles about fanfiction whilst attempted to censor other actual episodes, Like The Lucky Pillow of Annie Taylor. Also some of his Goofs was just do to the TV screen like that purple Line crap or inverted colors. I'm not bitter, just doing out of instint, particularly when its about other items being seen outside of their respective episode.

Note: The reason OrangeIguanas15 was banned from every single wiki is because he bullied a user on this wiki and made death threats to him. Also, I have created rules for this wiki and am awaiting approval from Mvbattista. Also, I have noticed that OrangeIguanas created a fanon wiki for Legends. So, goofs are valid on wikis for TV shows. Also, that user told everyone that he has matured from censorship and realizes that Kirk Fogg is not a pedophile, but it doesn't change the fact that that Stranger Danger VHS doesn't change the fact that it was released shortly after the Heart-Shaped Pillow episode aired (that episode aired on July 25, 1994 while that Stranger Danger VHS was released on August 9, 1994). In fact, his maturing from censorship doesn't change any facts! He now realizes that that Stranger Danger VHS is meant to teach kids about stranger danger and is not a response to that episode where that Canadian girl Missy was repeatedly hugging someone that touched her in an inappropriate area and Kirk Fogg. Also, that tiebreaker incident was just like the temple game incident in the Dead Man's Hand episode - it was just an accident. Not a controversy. Am I right about what I said? So, he has matured from censorship (read Ty and Mvbattista's talk pages). So please, don't wish death upon him.

I don't wish death upon him. Also, why don't with write the trivia section as notes since both goofs and trivia both qualifed as notes.

Agreed. Trivia and "goofs" should be compiled under a "Notes" list on episode pages, and should be the second to last section in an episode page followed by "Video" (not "Watch").

Hi Jordan, my name is Murray Fisher. I would like you to not say the word unknown in all caps (when entering a half pendant location). I mean, say it, don't yell it. It's foolish to type in all caps, because people interpret it as yelling. The kind of person that type with caps lock on is a drunk person! I mean what are you, drunk?! So quit yelling and do what is done in this video (I already did it): http://www.youtube.com/watch?v=k6d9WjYl4EA

Hi Jordan, my name is Greg Goldman. I've heard you don't want Legends of the Hidden Temple to be banned. Is that true? If so, it won't. My 16-year-old cousin got in trouble last week for touching a girl. He told me about that incident and I informed him that his school is just stupid with the "no-touching" policy. I will be 25 years old next month and I am looking for a male to date (that's right - I am gay). I touch men and they always fuck off and know that I am gay. They don't understand that that's my sexual orientation! I wish it was still the 90s where touching other people was essentially legal! The contestants on Legends didn't get pissed at Kirk for putting his hand on his/her shoulder! So, why today do people get pissed at someone else for touching them? That is just stupid! I am not dangerous; I am gay, because that is my sexual orientation!

You haven't replied you lazyass!

If you are a fan of Legends of the Hidden Temple like I am, read this blog post.

The contestant pages are fine. And that user's last name (the one you mentioned) is actually spelled B-O-R-D-E-N. We can put the temple game types on the "Temple Games" page.

Here's a pic from Phantom's Temple with the Trojan Horseshoe half pendant: 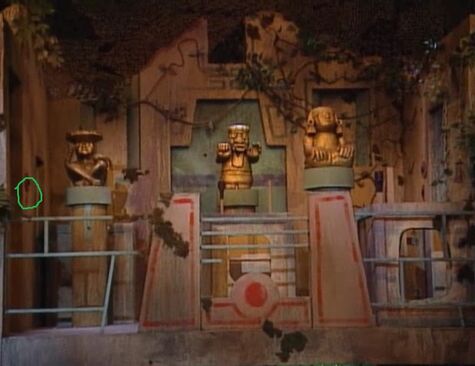 There's a brown line under the actuator that wasn't seen in other episodes. Lucretia briefly fiddled with it slightly before she opened up the Shrine.

Here's another pic from Phantom's Temple: 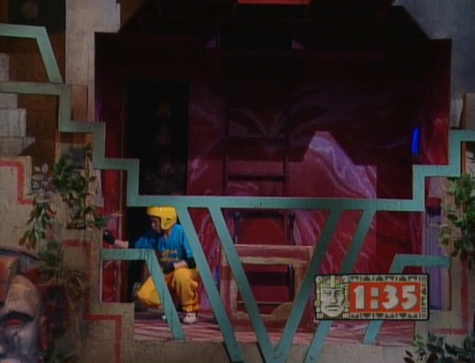 It was taken right after Aaron Lane opened up the Treasure Room. I didn't see any other players doing that. Therefore, that was definitely the half pendant.

You may not have seen the Trojan Horseshoe half pendant perfectly in perfect quality, but here are screenshots from Phantom's Temple with the Great Seal and Lucky Pig half pendants:


They can be seen more clearer than the Trojan Horseshoe half pendant (all we saw is a brown line under the actuator). I sure hope those look like half pendants to you.

Retrieved from "https://legends.fandom.com/wiki/User_talk:BlueBarracudas555?oldid=23105"
Community content is available under CC-BY-SA unless otherwise noted.